A Collection of Feminist Misandry

“If life is to survive on this planet, there must be a decontamination of the Earth. I think this will be accompanied by an evolutionary process that will result in a drastic reduction of the population of males.”
—      Mary Daly “Radical Lesbian Feminist”

I think I should keep a list of these things. The problem is that I always get a "no true Scotsman" response. I've yet to see a feminist who conceded that misandry was an actual issue in Feminism; many of them deny it can even exist. Or "sure, but that was the Second Wavers". Or "there were no waves! I'm not going to listen when you say other feminists say there were, because Lalalaalala!"


I was reading about Mohammed Asif, Soner Yasa ,Elizabeth Coast and Angela England.

Six women who tried to get three men imprisoned, by using false rape accusations. If they'd succeed, those men would have been raped, their homes lost, their marriages destroyed, access to their children denied , their ability to work removed, they would have permanently been placed on sex criminal watch lists, and hounded for the rest of their lives.

Elizabeth did succeed. She was sentenced to two months in jail and ordered to make $90,000 in restitution to an innocent man who spent four years behind bars for a lie. She's being allowed to serve on her weekends. Unless she has something better to do, presumably.


Her mother wanted to know why she was viewing the material and suggested perhaps that she been sexually assaulted. She said yes, hoping the matter would drop, but her mother kept pressing her for more information.


Under pressure for the name of her assailant she gave hem Montgomery's name, someone who had moved away years earlier.

Isn't it interesting that the mother believed that a man must have corrupted her? There's a  weird combination of religious zealotry and feminism, these two things that were once mortal enemies and have now combined into something even more toxic.

Here's some responses. It's interesting to see how when it's pointed out that Feminism set the legal bar to conviction so low, he could be convicted on her word alone, the response is "complaining when you are wrongfully convicted just makes it harder for women!" 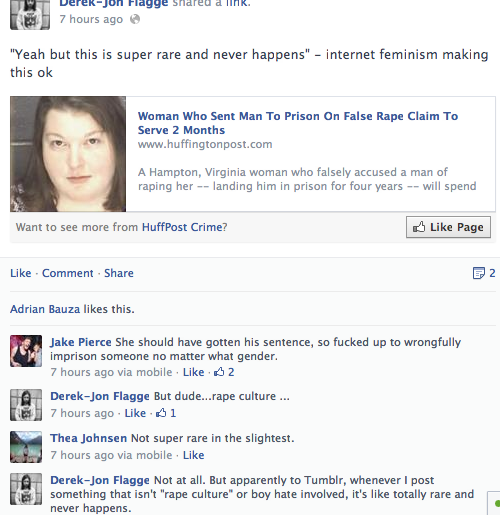 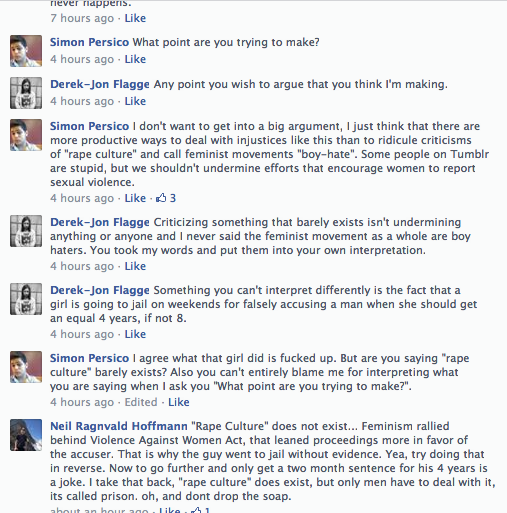 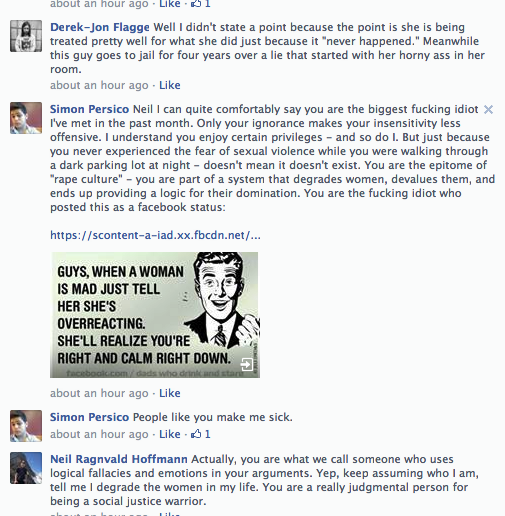 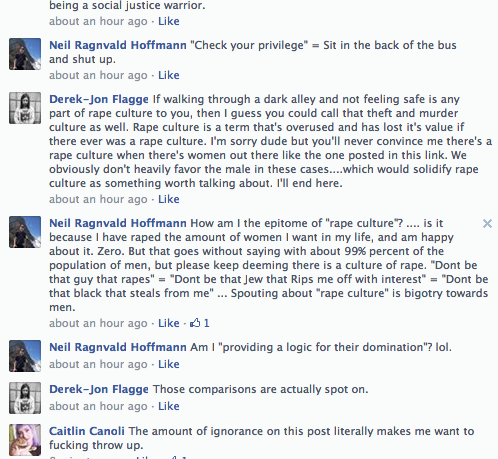 Only the fact the other men were recording at the time saved them. It's illegal to do that for normal people. If Google Glasses et al become cheaply available, I can see they might catch on as a defensive measure, but the legal barrier... don't use them and you can be imprisoned, do use.. the same. . Catch-22.

The world is so harsh now. Now wonder men are increasingly opting to kill themselves.
Meh, maybe chastity is the best option, at least until someone builds a decent sex bot!

It's... not what it looks like.. she was just helping me with my homework
and our clothes fell off... due to time travel!
That's it, yeah!