A response to "Women in Refrigerators Redux"

"the costume can be described as impractical at best"

It's perfectly practical for a world where the laws of physics don't apply.

You mean, nudity is bad? It's sluttish? Oh! We better save all those women on those walks from their slatternly ways~! Godspeed, White Knight!

"more often than not be depicted in a sexualised pose with less clothing than the male characters."

And they can't sell the comics by putting males in sexy poses on the covers, or they would do that. If you believe that such comics will sell, why is it you aren't putting money into that project? Do you think the Patriarchy Police will stop you?

- reflecting the sexual tastes of it's key demographic. It's almost as if you think they should lose money...

By the way, the thing is ... a lot of the female readers like the sexy females. They wear those outfits quite readily. Men know if they wear anything skimpy, they won't get the sexual power that women do; they only equivalent is for them to bulk up or display wealth/status.

Which is much harder. Not wearing clothes is a remarkably cheap occupation.

"The risk in objectifying or sexualising women"

Conflating two unrelated things. To objectify is to treat a person as an object. Anyone who does that is punished severely. I can pick up my book and burn it and no-one will care. Do you really think there's many places that burning a woman alive is treated with indifference?

And women are already sexual - if you mean having sexual attraction is bad, well, I guess that's your PoV and you're welcome to it. I think more feminists should share it. All feminists, in fact. It'll make your disappearance come all the sooner.

"it begins to develop negative and unrealistic messages in relation to women, men, relationships and body image"

Strangely, when it comes time to present evidence of this, it never seems to be with you; always in the other pocket, you left it at home, bring it tomorrow maybe...

The fact is, violent sexual crimes have decreased steadily. there's no more proof that omics cause rape than there is that listening to heavy metal causes it, or playing D&D causes people to become Satanists for that matter.

Your moral panic has no evidence behind it; just hysteria.

Yes, you are easily terrified. Like National Socialists were of Jews, and for pretty much the same reason - spreading terror is useful for your movement.

Even if it's a lie - in fact, it's only useful as a lie, because if it was rationally based, then you would have a real enemy on your hands.

No, humans are sexual. Denying that gets in the way of good stories.

"Do we really need to see large parts of dialogue between She-Hulk and her supporting cast while she is having a shower?"

Need? We don't NEED comics. We WANT comics. We also want sexy women, because we are multidimensional, and able to enjoy sexy imagery and interesting stories AT THE SAME TIME. 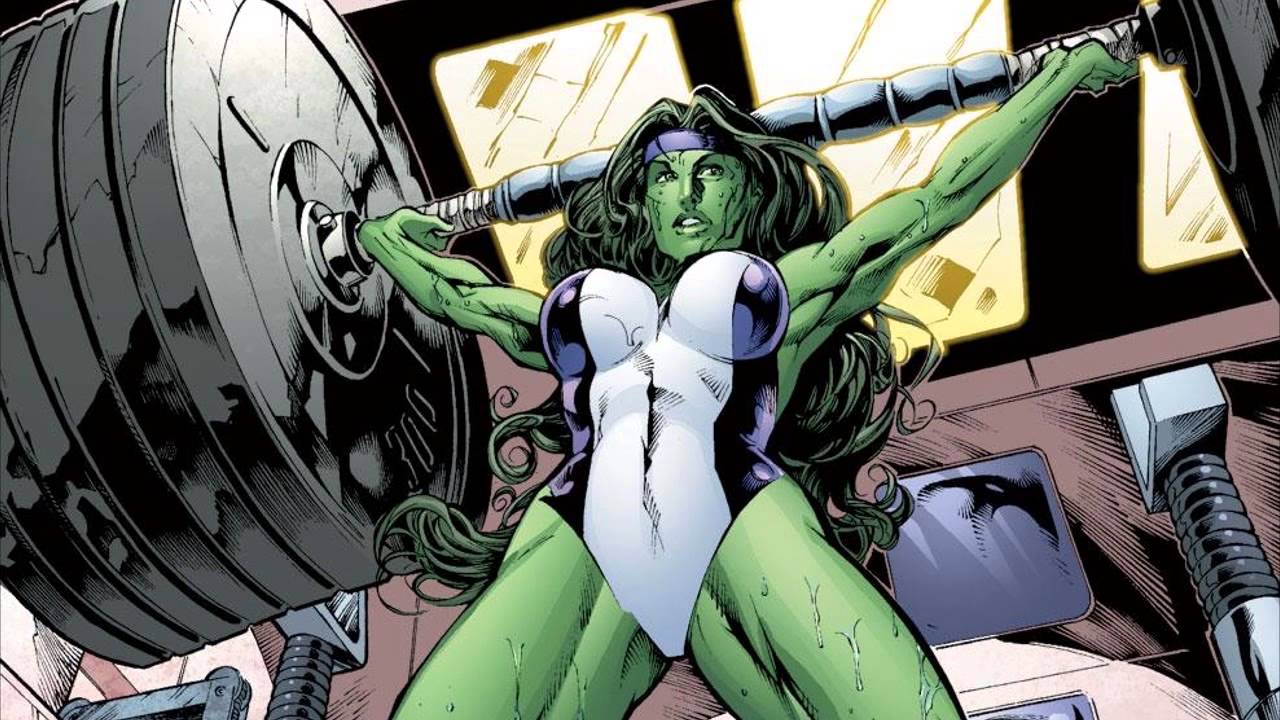 "there is a thin line between titillation and the degrading of women."

Only if you view male sexuality as inherently wicked and threatening. And you do realise gay and bisexual women exist... don't you?

"I also feel that mainstream comic books are slow to evolve and still portray women, and sex, through a misogynist lens."

You mean they aren't feminist. To be misogynist, they would have to have the heroes hating women; not dying for them. You do not die for a people you despise.

If it's misogynistic, why is it common to female romantic/erotic fiction? Are those women getting off on it as part of their campaign to oppress women?


Maybe... maybe it was women who were running the Patriarchy all along! Aieeee!

"The story reinforces medieval notions about masculinity, that committing rape reaffirms a man’s own sense of power and masculinity. "


Ah yes, because women never have rape fantasies... heh.. hehehe.... hehehehehe... oh god, you had me going, thought i must have been hit with Joker venom.

Yes. It's  terrible crime. Men are murdered for the mere suspicion of rape, despite police protection. She points, he hangs. Strange Fruit, anyone?

People care about females. They just don't have the same level of response to males.

Someone is wronged. They become a villain. Sounds pretty clear to me. You want to privilege rape above all other forms of suffering? You want to say that a person's rape is unique, whereas another person being forced to watch their children die, or worse, have to choose which of them lives, is not.

"The use of the ‘victim seeking revenge,’ device is misogynist "

Is there anything in the universe that is not misogyny to your paranoiac world view?

Ok, here's the thing: sane people do not see a situation where men and women are treated equally as proof that one of the sexes is being hated. Men are ‘victims seeking revenge’ all the time in fiction. Mr Freeze, for example. You have no problem with that but can't bear to see the fragile flower of womanhood despoiled in the same way as a man?

Just who is the misogynist here?

You think it's relevant to talk about myths? Shall we debate the rights of unicorns, and work for leprechaun liberation?


"I want to be very sensitive in relation to this issue because I understand that rape no matter who the perpetrator is, is a traumatic event for the victim."

Oh well, that's a novelty, a feminist who will treat the rape of a male as equal to that of a female...

"There is also a common theme running through all these serious sexual assaults."

Not rapes either? Huh...

"I personally feel the depiction of a male character being raped by a female plays on a male fantasy where men like women to dominate them sexually."


And that's where i puke in disgust.

You just said that males deserve it; that they're asking for it.

You are a two faced little liar, and we are done.