"Imagine you're an ant". He dropped a little peppercorn on the table, and pointed at it. "This is you."

"You can't - you can't think like that. You have no idea what another being is - you are just too far below to talk to a human, or want to, for that matter".

"They don't know they're doing it; it's like scratching an itch. They don't what another ant is, let alone a human".

"Bummer". He went back to the coffee with renewed vigour, and not a lot of interest in peppercorn-ants.

"And that's what we are like to the creatures above us".

His friend snorted. "I think maybe you smoked a li'l too much something today..."

"I vape the same amount - every day - like my doctor recommends. This isn't a fantasy. Look, I can perceive these creatures because... because I'm not just a human."

"No, you're also massive dipweed, Michael!"

Michael leaned back in the chair, trying to massage the pain down a bit in his knees. His exoskeleton was feeling tight and he wished he could have a bath and get away from it - but he hardly ever went out.

Here he was, in the company of his best friend, feeling completely alone, as he always did when he tried to explain this. He'd been here so many times - but he also knew one time it could end differently - one time Sam would see - and maybe he wouldn't be alone.

It only took one moment to start waking up.

He grabbed the coffee and used the heat against a handkerchief to ease the inflammation.

That waitress walked past again, and oh, he fell in love, as he always did.

"I am the ant", and he dropped more peppercorns, "and they are too, and we are enough alike to be complementary, and to help each other think, and to look in directions we couldn't alone". 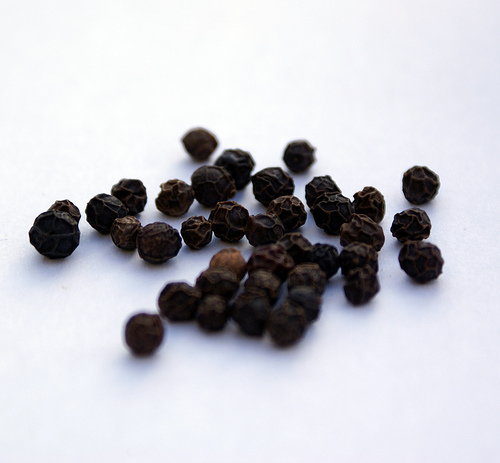 He didn't use his finger to pull the husks, merely to shield the seedpods from views other than his friends - not that many would pay attention, but it only took one recording for him to be made internet famous - and then hunted.

Nevertheless, he pulled, and fine threads of the peppers unravelled and tied each other together.

"We are more than the parts; each one of us, still just the ant, but now we can see the human and understand, if only a little, what it is"

His friend had been leaning closer and closer, trying to figure out the trick. It wasn't a hologram; his fingers were sticking to the pepper-net in a very convincing fashion.

"So.. ok, I'm the human... seems to me that hasn't helped you very much". He shook his hand, and the peppers went flying, spinning through space before breaking apart and falling to the floor, to join a dustbunny in contemplation.