The new Gamergate: Angry white men are trying to shut down diverse comics

down with white people! It's not racist if we do it!

"trying to shut down"

No, trying to have the comic they had for decades before you lot ripped it from us - go make your own you lazy sods!

You don't know what troll means, do you?

No, it doesn't mean someone who makes you uncomfortable by thinking differently... and please stop spitting on me, it's blurring my glasses...


troll
One who posts a deliberately provocative message to a newsgroup or message board with the intention of causing maximum disruption and argument
by Alien Entity September 22, 2002


Stop trying to redefine everything to suit yourself! You managed to murder the word literally, must you mangle this as well?

Ah, ad hominem - what is this, Tumblr?

Because wanting men and women to have equal treatment under the law is such an expression of hate.

And you know - I know you hate to face it but - a lot of us aren't male - like erin Pizzey - you know, the woman who started domestic violence shelters for women - and had her life threatened by feminists when she tried to do it for men as well?

wishful thinking - just how many times are you going to declare gamers dead? The thing about gamers - we have a lot of extra lives.

" the conservative heroes of the anti-feminist movement "

Ah, so anyone who isn't left wing must be antifeminist? Look, I'm left wing - but I want you to persuade others of that - because you would be doing the biggest recruitment drive in history for our cause.

They call themselves that - you aren't even trying now, are you?

Sweetie, we ARE geek culture.

No, it's being taken over and is going down the toilet as a result.

Black heroes have been around for decades - how the hell do you claim credit for them? How does that even work?

Latino heroes? Do you have any idea how long Zorro comics have been around? And who inspired Batman, huh? Sheesh.

As for Muslim heroes, no, there's not a lot, but that could be because Muslims are killing cartoonists.

As for women heroes - you know, someone should invent one - with Wonderful powers... some sort of Wonder Woman, perhaps...

"the new face of comics don’t only appeal to the aging, primarily-white male comic book base"

I look forward to the demographic data supporting your assertion - oh wait, facts and logic are antifeminist - sorry, I forgot.

" these leeches care not about the art of comic books "

Have you forgotten already? Batgirl? Joker? Nothing? No recognition in those glazed eyes, no change in that vapid expression?

"Milo has outright shown pure disdain for the gaming community "

He was reacting to information given to him BY YOUR OWN PROPAGANDA PIECE, KOTAKU.

Do you not see the circularity of your logic?

"Their complaint is that the new Thor’s dialogue is bad"

Yes. She's breaking the fourth wall and doesn't talk like an asgardian. She talks directly to an audience of feminists, thus rapidly disenchanting readers who were interested in the novelty. 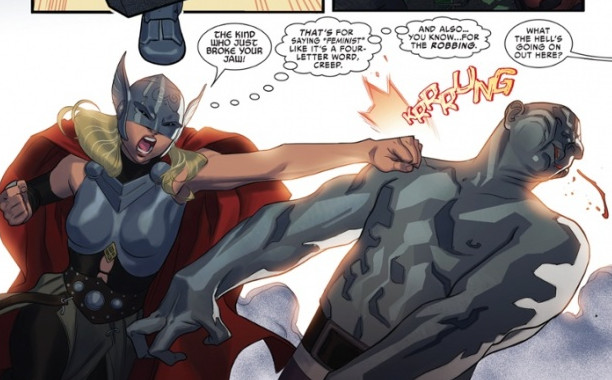 THOR IS NOT DEADPOOL.

"Thor punches a creep for “saying feminist like it’s a four-letter word.”" 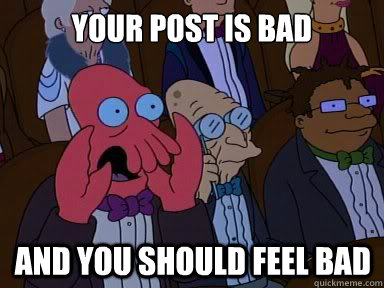 "The dialogue is bad compared to what? Male Thor’s long history of cringeworthy lines?"

So you have one example. From the 1960s. Where mostly the dialogue was bad across the board and no-one cared?

That is your idea of evidence. This is the standard Salon now sets?

"In a correction tucked away at the bottom of the page, Yiannopoulos explains that no, the new Spider-Man Miles Morales is, in fact, not bisexual, as he claimed in his post — he is biracial"

You don't even have the decency to quote his words.

Garfield said, "I’ve been obsessed with Michael B. Jordan since The Wire. He’s so charismatic and talented. It’d be even better—we’d have interracial bisexuality!"

Entertainment Weekly also points out that this was not just something that just came up in their interview, but Andrew Garfield has discussed the idea with Amazing Spider-Man 2 director Marc Webb. Webb said, "Michael B. Jordan, I know."

Tell me again how stupid someone would have to be to think Miles was bi?

Thor was one of Marvel's heaviest hitters - and now is falling down that list...

"The most recent issue, the one with the feminist dialogue that caused mass hysteria online among the right wingers, saw no drop in sales from the issue before it."

You realise people bought it for the lulz? We think it's hysterical. It's like a re-write of Star Wars where Luke turns out to have been a woman and Darth and the Emperor cut their own heads off rather than fight her.

You have achieved a form of greatness, it's true.

"Marvel’s All-New Captain America is one of the more recent comic book series that has caused angry baby fanboys to wet their diapers." "Compared to some other changes in comic books in recent times though, the negative reaction has been muted."

Huh. So that's your equivalent to people urinating themselves and being infantile. Apathy.

And while the female Thor hasn't been fully embraced by everyone [on this subreddit in particular] I have to say that Sam Wilson as Captain America feels . . . right. It's as natural a progression as when Bucky donned the stars and stripes, and Remender is using it to really explore who Wilson is as a character.

Ok, the rest of this article seems to be a strawman about imaginary "right-wingers", which, as a techno-communist who has never voted right wing in all his long years, I find hysterically funny.

"Many whom the right wing would call “social justice warriors”"

SJWs? Again, they call themselves that; you really are an imbecile.

"found the cover to be disturbing"

Yes, they agonised about an option cover that they could only have if they bought it deliberately, rather than the default cover.

Pressure was applied. The artwork was censored. Feminists burnt books everywhere in celebration. 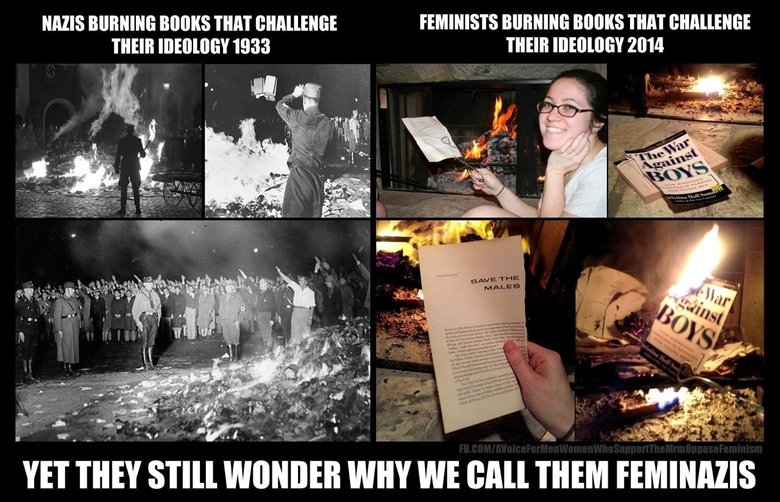 "The right-wing reactionaries and anti-feminists"

Oh, finally recognition they might not be the same groups! You're learning!

"Working against them, however, was the fact that some of these SJWs taking up arms against the cover were actually the writers for the Batgirl series themselves."

Who didn't seem to have minded until the time it became an issue - they are pretty eager to suck your butts. The poor artist, whose work had been approved, was then left with something that can never be seen. 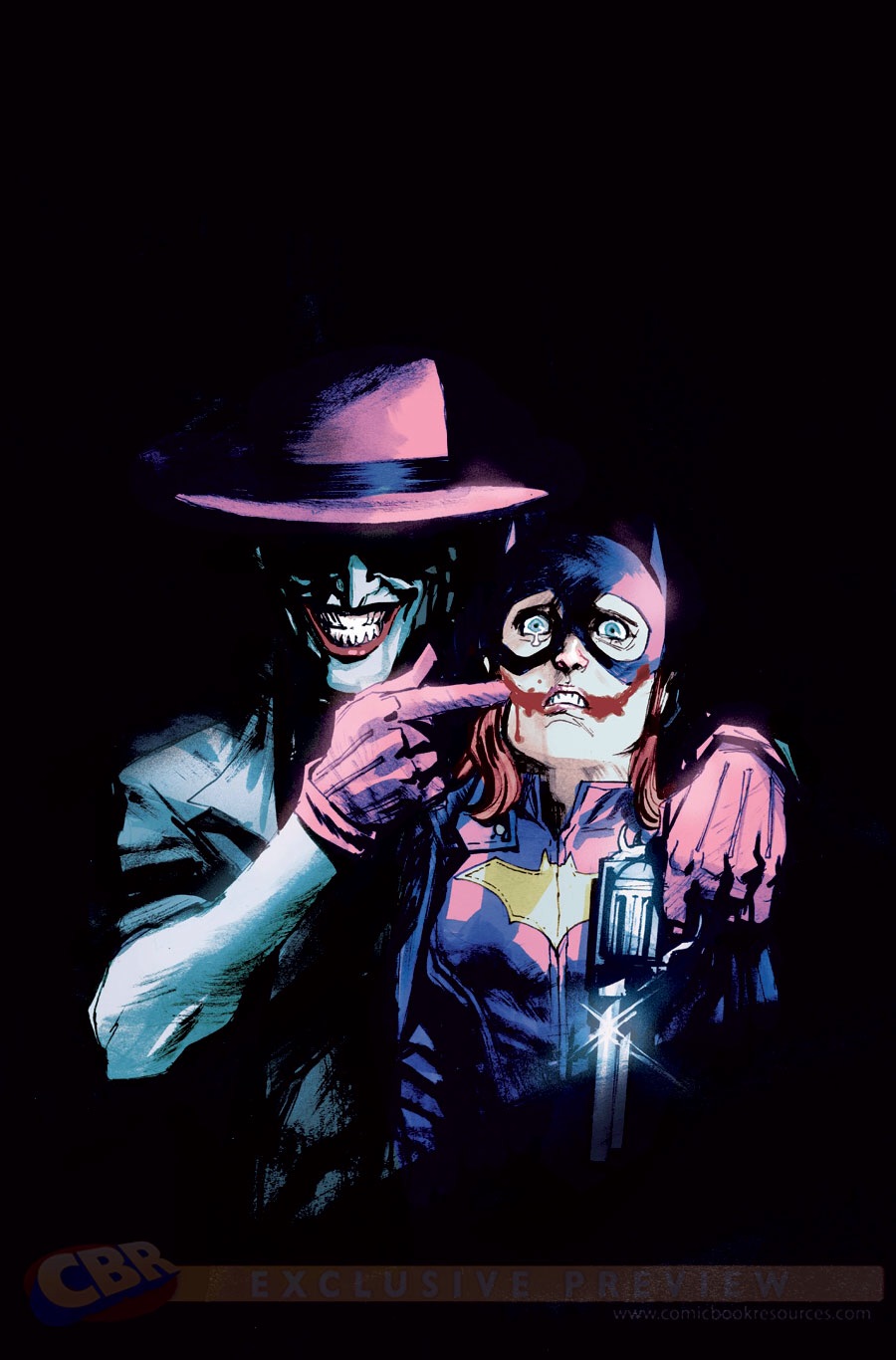 Stop trying to claim the Old Thor is still Thor and the women just has the name Thor: they made it clear they were retconning it to be one Thor full stop - and it's her.

Axel Alonso, Marvel’s Editor-in-Chief: There’s only one Thor in the Marvel Universe. The character we know as Thor will not refer to himself as Thor anymore.

It's almost as if Marvel was trying to retcon the character into existence...

Because the frog wasn't called Thor, he was called....

Throg and Thor! Only SJWs can't tell the difference.