If you ever want to know why i oppose feminism so strongly...

If you ever want to know why i oppose feminism so strongly... Arthur Chu is one hell of a good reason! 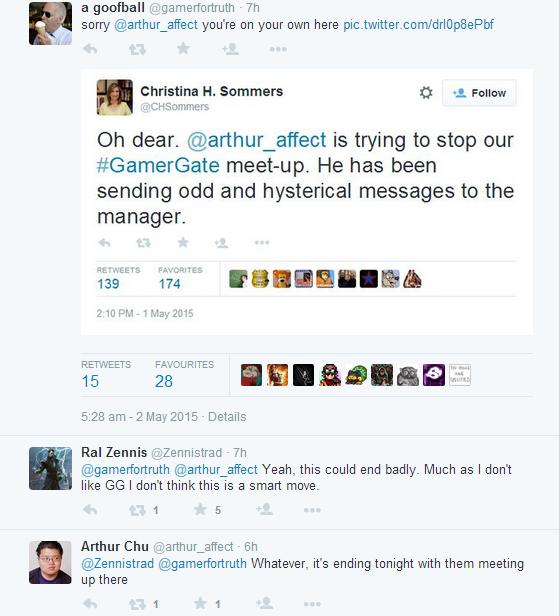 Feminists paint people like me as terrorists. Yet it's they who turn up to our meetings in balaclavas, pulling fire alarms and hitting people who try to evacuate.

It's them who call in bomb threats and then tell the police we are harassing THEM.


And the media always falls for that victim narrative; the wounded damsel in distress terrorised by the hairy man-beasts! Even when we have evidence to the contrary.

I'll never forgive John Birmingham for his support of the Feminist spin of the Elliot Rodgers case. When it was being portrayed as a misogynist killing women, when he hated EVERYONE, and killed five men and two women, and was trying to kill his father and his brother as hard as he could.

Even when I carefully pointed out all the evidence to the contrary, the Feminists insisted he was a white man, that he was sane, and that he was an MRA - and the journalists wouldn't investigate to see if that was true, they just practised Listen and Believe.

Well, I don't have much power, and my voice is small, but all that I have is dedicated to the service of truth, to the service of compassion and freedom for all, and I am not alone, and yes, alone, we are weak, but together, united, we cannot be defeated.
Posted by Brett Caton at 09:36