"We had to burn the village in order to save it."

They organised a flooding of the #AskELJames tag with abuse, and when it is pointed out, simply deflect by claiming they are asking 'questions' along the line of "when did you stop beating your wife?"

in the books except it was muh soggy knee...

Feminism. Harassing middle aged women online as a part of their campaign to stop the harassment of women online. 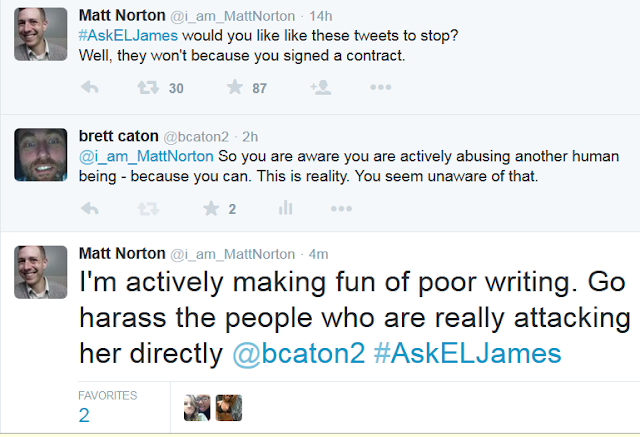 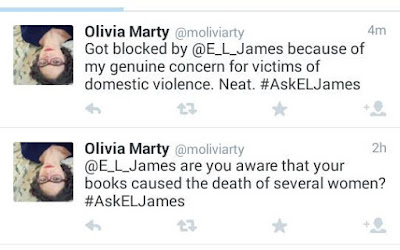 About the only way I can imagine her books resulting in a death is if they fell on top of someone... Here's Mundane Matt's perspective - he also finds it funny that they scream about harassment - then get together and do it themselves. Apparently the activity is called "brigading"? Huh.