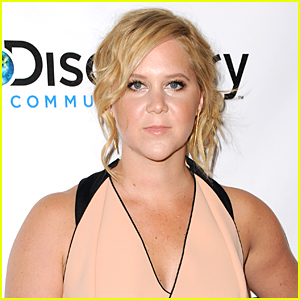 Her response to a nut killing people at a session of her movie was that it was clearly the fault of anti-feminists.

NO LINK BETWEEN THE INSANE SHOOTER AND THE MEN'S RIGHT'S MOVEMENT HAS BEEN ESTABLISHED
" some of the criticism her work has faced made her think feminism is under attack in the US"
Good grief. It's not about her. People have disagreed with that ideology since the day the term was coined.
"“I think the idea of women — women’s equality making anyone upset is not something I’ll ever understand."
Because, Amy, you are playing games. This is called a Strawman argument. Most of the people who oppose you believe that women and men are equal but different - it's called sexual dimorphism.
It's trivially easy to find feminists who feel men are INFERIOR to women - and other feminists don't object to them. Feminists who re-wrote rape laws to make sure women couldn't be prosecuted, or wrote campus rape laws so that if a man and a woman share a bottle of wine and have sex, the man is held responsible, and only the man, and the man can be charged with rape on her whim, and expelled from the campus without a lawyer, with the presumption of guilt, in violation of a thousand years of legal tradition.
Feminists are the ones who hate equality. They just lie about it whenever it suits them - then shriek #KillAllMen.
This article attempts to conflate the regulation of gun control and the arguments over feminism. It claims that if a maniac kills a bunch of men, and it's mostly men who die in these things, trying to save women, that that maniac represents the opposition feminism has.
It's incredibly manipulative - almost the sort of thing you would see from Stalinist Russia.
"If you oppose our ideology, you murder helpless women. You murder babies. You eat babies! Believe what we do or you are a baby-eating murder!!"
It's propaganda. It's a lie, designed to control the emotions of the reader and whip them up into a hysteria so that reason doesn't get a say.
But here's the thing, SocJus.
The Truth will have it's way. The opposition is growing, organising, as we, the majority, men and women, awaken from your poisonous dream.
We will join together against you. And we will defeat you. And your gyno-supremacism will join the ranks of other vile movements, the Stalinisms, the Maoism, the Nazism, and then you will be forgotten, and no-one will ever understand you were more than some crazed red-head dyed harridan, screaming and pulling fire-alarms to try and stop others from speaking.
Posted by Brett Caton at 13:32