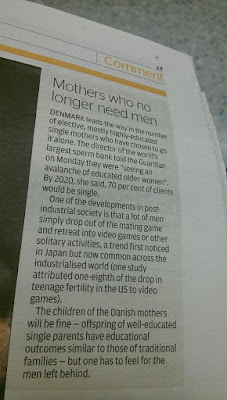 Do the mothers really not need men, as ‪#‎Feminism‬ has convinced them?

Of course not! For one thing, that sperm has to come from somewhere. For another, they are subsidised by the working population - men - so they can go pursue their dreams of breeding. 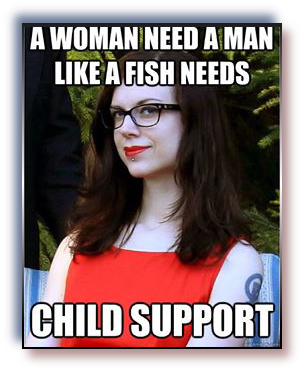 What else do we learn from the article? That men are shirking their duties of slaving for these women, and going off on their own path. How dare they? How are these women going to be treated as Princesses if men aren't acting as their sperm banks and ATMs?


Remember: Feminism is Equality(TM), but some are more equal than others.

A judge ruled that William Marotta must pay child support, even though he says he signed documents waiving his parental rights.

So he has no parental rights - but still has to pay through the nose? Why? Because they need men not just to pay through sperm - but through giants wads of cash. It's not easy being a Feminist - when you are blaming the Patriarchy every day, just as hard as you can, but it still expects you to pay your bills. Such oppression!

It's no wonder Feminists want to make Sexbots for men illegal - how could they compete - when they don't want to even enter the race? See Sexbots: Why Women Should Panic - although I think it's more Feminists problem, non-Feminist women can always get a man if they want one.
Posted by Brett Caton at 11:02