Australian Bureau of Statistics to discriminate against hiring men - the AHCR strikes again, ruling that discrimination is fine against men - because they are violent.

Well, lesbian DV is higher than straight DV - so can we discriminate against lesbians, I wonder? 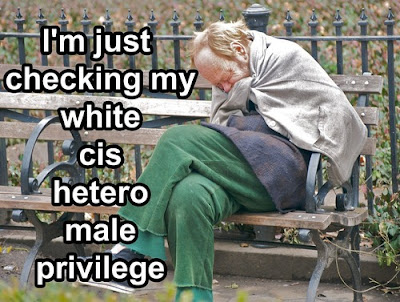 I have confirmation, in writing, from the Australian government, that men are NOT protected by the Australian Human Rights Commission (AHRC) - equality only applies if it benefit women. 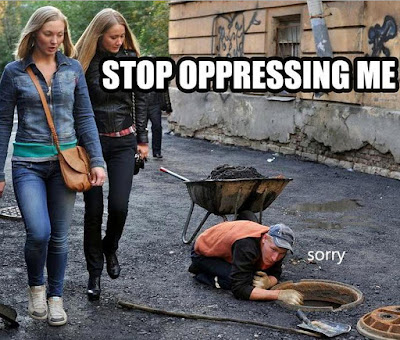 It is perfectly legal in Australia to underpay men, and that the AHRC is all in favour of it.

Of course, by their own logic, they should pay asians less than white people - because asians save more. Does this make sense to anybody outside of SocJus?

Thank you for your email below and apologies for the delay in responding to you.

Thank you for raising these concerns with us.  ANZ recently announced that they would pay female employees an additional annual superannuation contribution. The purpose of this measure is to address the fact that women have lower retirement savings than men.  This measure is one of a range of measures ANZ is taking to address inequality between men and women in its workforce.  These include:

• measures to ensure equality in recruitment, promotion and remuneration between men and women
• measures to promote flexible work arrangements
• payment of superannuation contributions on behalf of employees on parental leave
• providing a child care allowance.

The Sex Discrimination Act (SDA) provides that a person may take 'special measures' for the purpose of achieving substantive equality between men and women.

The phrases ‘special measures’ and ‘substantive equality’ are not defined in the SDA.  However the secondary materials, as well as the text of the Convention on the Elimination of all Forms of Discrimination Against Women, suggest that special measures should be measures designed to overcome inequality caused by historical and structural barriers faced by women.  Generally, the Commission’s view is that special measures must be intended to address such barriers, and must be reasonably capable of being characterised as addressing such barriers.

The Commission has no power to certify special measures under the SDA.  However, the measure ANZ has implemented, in the context of the other measures the ANZ is taking, appears to be designed to address an inequality in retirement savings between male and female employees.  As such, in the Commission's view, it appears to be consistent with the objects of the SDA.

Thank you again for your inquiry.

==Web enquiry form==
My enquiry is regarding: Communications - <a
href="mailto:communications@humanrights.gov.au">communications@humanrights.gov.au</a>
(Messages for the Commissioners, queries about information on our
website or just to lodge your opinion or comments, or anything
else that doesn't fit in the other categories)
Name: Brett Caton
Email:
Comments:
The ANZ has announced it will be paying males less than females
for the same work, and claims that it has sought permission from
you for this deed, and that you endorse such discriminatory
practises.

Is their interpretation correct? Do you really stand for
equality, but only in the Animal Farm use of the term?


The results of this submission may be viewed at:
https://www.humanrights.gov.au/node/9203/submission/26273

Formal equality is equa­lity of all citizens before the law and commonly ­associated with equal opportunity.

Substantive equality is inequality under the law in favour of state-designated minority groups ­towards equality of outcome.

From the job search above:

Lifestyle Support Worker (Female) Sherwood
Private Individual through Homeswest Inc - Sherwood QLD
40+ year old female applicants only. Person required Thursdays 9am to 6pm and as a back up -

Research Assistant
Rape & Domestic Violence Services Australia - Sydney NSW
$91,568 a year
R&DVSA holds an exemption under the Anti-Discrimination Act and only employs female staff. Orientation/training is paid, and is scheduled to commence Wednesday...

Corporate Receptionist
Bridge Consulting - 2 reviews - Sydney NSW
Please submit your resume in "Word" format only. Our client values diversity in the workplace and encourages applications from females, Aboriginals and Torres... [not explicit but it's coded that they are discriminating on the grounds of sex and race]

So that's 8 (possibly 7; might be a duplication?) on the 1st page.. I found 30 pages of these there, but it's hard to get an exact answer because there's no standardised format.

However, note they keep referring to the exemption - that's the loophole the AHRC provided to make sure businesses can discriminate against men, but not women.

I tried searching for male only jobs by the same method but couldn't find any; searching by "male only" gave 4 results including...

Aboriginal males > white women so you can discriminate in that case.

This is a feminist propaganda job, so it doesn't surprise me that it's exempt from normal law.

Chief Officer
Superyacht Crew International - Australia
Permanent
Male only due to cabin arrangements. This is a great job for a suitably experienced Superyacht Chief Officer....

Probably a good example of a male only job, but i wouldn't mind betting they could get it challenged; after all, it's less efficient to have gender neutral toilets and they seem to be moving in anyway.