Feminists proclaim: "The Internet is OUR space" "I was bombarded with messages from people telling me what a terrible person I am, how I’m a “bitch,” a “cunt,” a “feminazi,” and other awful things."


And did you ever evaluate any of it for truth? 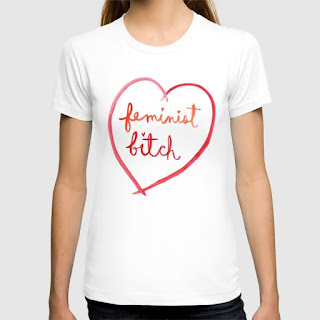 Feminists are proud of being "bitches" and "cunts". Jezebel proclaimed 'Cunt' Should Not Be a Bad Word- see https://archive.is/wKjWe 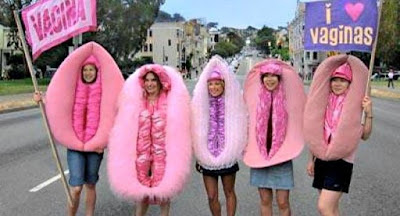 
So doxing is bad? So when you do it - that would be bad? Maybe that's why you are called awful words - you do awful deeds.

A person whose sole purpose in life is to seek out people to argue with on the internet over extremely trivial issues. Such arguments can happen on blogs, Facebook, Myspace and a host of others.

The best thing you can do to fight an internet troll is to not answer..or report them.
"God, Jeromy won't stop posting about Larry's bad spelling in that conversation."


You don't give examples of trolls. Trolling isn't the same as abuse.

" as long as women and other marginalized folks"


Exactly how marginalised are you and other women when you can get men fired if they speak up against you? " I who was banned for 24 hours, simply for defending myself"


We don't have anything from FB to make it's case - but I will say - so what?


A Feminist called me a rapist - another called me "white cunt" - when I report, there's no reaction, and if i reply - such as by calling one a goblin in return, a term she said was "cute" - then it's my account that gets locked.

"They quietly infiltrated our group with fake accounts, taking screenshots to make fun of us in their own group. "

Which feminists do as well.

But I have to wonder - was it that the screenshots were revealing the truth that you disliked? Because you don't seem to be able to see the truth - you claim doxing is bad, but you dox others. You are a hypocrite.

Nope. Mean words from someone on a Facebook account are easily dealt with. You can report them, you can block them, you can screenshot them and make fun in return.

You can't tell the difference between what ISIS does, what happened in Brussels or 9/11 or every other bloody conflict - and someone accusing you of DOXING?

What was the terrible thing they said to you?

"You are not a good person"?

I agree. How will you have me destroyed, I wonder?


Yup, just like when a Feminist called me a "white cunt". But you regard yourself as a Damsel in Distress.

Ok, the rest of your article just repeats that... I'll leave you to your fainting couch.