Why do Feminists love abuse? 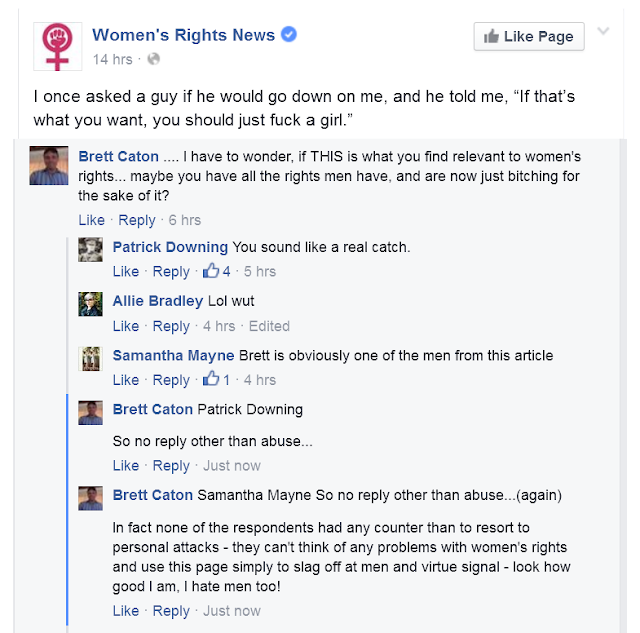 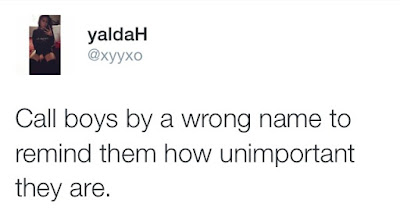 Whenever you hear feminist telling you they don’t hate men, that they regard them as equals, think of this.

Feminists are abusers. They abuse others, or they passively enable abuse, all the while crying out to the world how wretchedly oppressed they are.

They are Selective Sociopaths, able to feel empathy to those in their "Ingroup" - those they regard as being like themselves - but without any to those outside of it.

This is why Feminists didn't care when Boko Haram burnt thousands of schoolboys alive - but hit the ceiling when a few schoolgirls were kidnapped. 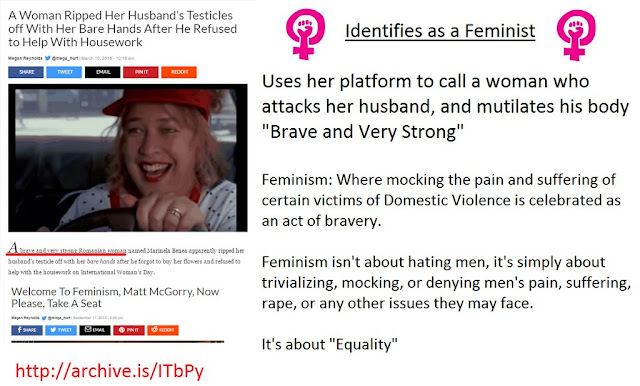 Why do Feminists applaud the castration of men?


Don’t let Feminists gaslight you. Don’t let them make you believe you are inferior. Organise with other men’s rights activist, or go MGTOW if you want, but don’t play their game.

Don’t respond, not even with words. Don’t give them what they want, because anything you say will be regarded by the courts as wounding a Damsel in Distress - ignore them, or walk away.

They are a minority - we, the masses, we non-feminists, all we need do is organise - and we'll build a tomorrow without their kind. 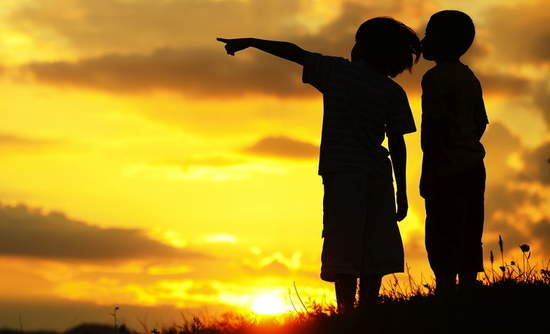 Why do Feminists love abuse, is continued in Part Two

Feminists abuse men, not just in person, but as a whole.

Consider the malice in writing an article called Only a Man Could Forget When Women Ruled Tennis.


Does it sound like the voice of an egalitarian - someone who believes people should be judged by the content of their character, and not by what is between their legs?


It's the voice of a bigot.

It's right up there with saying "Only a Jew could ..." or "Only a Nigger could...". You can hear the hatred dripping from every tap on the keyboard.

And that malice found echoes within other Feminists - this was no outlier. Tumblr is extremely popular with their kind, and they reprinted it with glee.

And were answered, in turn, by Mr Patrick Cappadocia;