Clementine Ford: "Why my needs are so much more important than yours"

"Women experience anxiety and depression at higher rates than men"?

"Women experience anxiety and depression at higher rates than men"?

I doubt it - there's no source for your assertion here anyway.

Men are taught to be stoic. To work through the pain. To sacrifice themselves for women, and die quietly without a fuss.

Clem, the professional  Damsel In Distress, loves to laugh at male tears, so it's not like they are going to open up about their pain to her kind.

But how can you objectively measure depression? Well, it seems to me that - until we have mind readers - the only way to do it is to look at the people who are so depressed that they kill themselves.

You have one guess which group that will be.

"Unfortunately, like many young girls, I was also extremely skilled at hiding it."

So we've established that nobody could reasonably have guessed that you had it. This will be important later when you blame other people for... not guessing that you had it.

Because you're emotionally abusive, Clem. It's what you do for a living. Lash out and then play victim when anyone responds to your attacks.

" In less than three months, I lost 30 kilograms - but for a formerly chubby girl, this was a state of being that was treated by those around me like an accomplishment instead of a warning sign. "

Like it would be for a boy. It would be a sign that you were being treated as someone your age, not a helpless infant.

"Nor did anyone notice later when I began to purge the small amounts of food I allowed myself to eat."


Again, pushing responsibility for your actions onto others. You are never to blame. Damn that evil Patriarchy, it's mind-control rays are everywhere! 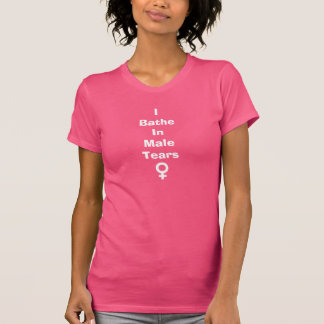 Do they? Then why haven't you linked your reference?

Is it possible the result is self-reported and unreliable?

That women know they will get sympathy for complaining, whereas men will be laughed at by people like you?


"Our susceptibility to mental illness is exacerbated by a range of factors, including pregnancy (up to 10 per cent of all pregnant women will experience depression or anxiety)"

Yes, the change to one's life as a result of having children can cause depression - in men as well - but you can't be bothered looking into how often that occurs - the lives of men mean nothing to you.

Clem, the most terrible emotional burden I can imagine would be to be your partner. I pity the fool.

"It is not unreasonable to suggest that the gender inequality"

Which you have failed to prove exists in anything BUT YOUR FAVOUR..

"that informs the society we live in"

What, the Patriarchy sends out little memos? Don't forget to fail to notice that a girl is hiding an eating disorder, despite her saying she did it very skillfully?


"is also responsible for provoking mental unrest in women"

Oh right - the Patriarchy is responsible for your madness. If only you and other feminists would pack your bags and go elsewhere and set up your own State, AND STOP FUCKING BLAMING EVERYTHING ON MEN.

Yes. Questioning your interpretation is what sane people do. Blindly believing gets you killed.


"And yet, whenever discussions of mental health care are raised, they seem to predominantly deal with how mental illness affects men. "

Bullshit. It's only been recently that attention has been paid to men, somewhat belatedly as almost all suicides are men, almost all homeless are men, mental illness requiring institutionalisation is mostly men, violent outbursts resulting in prison - men - schizophrenizia - men - autism - men - and so on and so on.

But like any good Feminist, Clem cannot stand any oxygen being wafted towards a man. It's all hers. She deserves every last gulp.

"Nor is there any understanding of the concept of 'slow suicide', such as the attempt to literally erase one's existence that comes from starving yourself into invisibility or self-harming by use of methods such as secret cutting - both methods of self abuse that are predominantly practiced by women."

As opposed to the ones that men use - drinking and drugs. For which they are seen as weak, they are blamed, they are imprisoned.

No reference - again - just an assertion that suicide rates are caused by Patriarchy.

which occurs more often in lesbian relationships, and yet you will always blame it one men.

A moral panic whipped up by Feminists - they never seem able to find recorded evidence of this 'epidemic'.


" the marketing of sexualisation"

Ok, so you are just whining about everything under the sun now - you have a list of everything you hate about men and are now trying to connect it all to mental illness...

But here's the thing, you horrible bitch, human beings ARE sexual. We wouldn't exist if we weren't.

When you complain about sexuality, what you really mean is that you despise male desire - a problem with a ready cure.

Leave our society, and you won't have to deal with our yearnings. Fuck right off there, Clem. Take your anti-male cultists and live in a commune on an island.

Feminists often claim that women get PTSD more than men - despite men being overwhelmingly the ones to face trauma, especially in wartime. But what sort of PTSD? the sort that is an inconvenience? Or that can cause you to blow your brains out?

Feminists claim that PTSD can be caused by having someone disagree with them on twitter - and it is far more serious than for a soldier who has had to deal with watching his friends bleed out from an IED, or seeing their corpses dragged behind trucks, or finding their heads separated by blunt knives from their necks by ISIS....

Ask yourself - is what Feminists say true? If so - why the hell are they on the internet in the first place?


The Saddest Thing About How Men View Their Own Depression
Posted by Brett Caton at 14:22