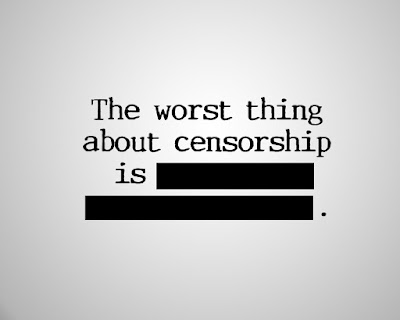 If someone wants to waste their time getting a gender studies degree, that's literally none of my business.
— TJ (@amazingatheist) April 24, 2016


@amazingatheist but apart from the hate - what if the universities taught homeopathy instead of medicine?
— brett caton (@bcaton2) April 24, 2016


Then it would be their right to teach it, and students prerogative to buy it. Open marketplace of ideas. https://t.co/JQ2nlTOJLs
— TJ (@amazingatheist) April 24, 2016

After listen to TJ talking on Twitter, I have decided I am not a libertarian. I don't think universities should deliberately teach untruths, especially when one of those is that a group of people is dangerous and should be exterminated.

I don't think it's the free market, because they are tax payer funded in a huge number of ways - universities have had special treatment from the governments for a century at least, on the grounds that they produce good citizens.

That's the basis of publicly funded education in the first place.


I'm sympathetic to libertarianism - but I remain a social democrat. A leftie, a liberal in the old sense of the word. And I think I'm in pretty good company.

This is what he is responding to:

This goes into depth but if you have seen the one above and are already aware of what SocJus is, you can skip it.

Janice is very thorough and a little dry, so grab a cup of teas and some biccies. I always get the feeling I should be taking notes, she really should be teaching this stuff as an academic course.


One of the great tragedies of my own life is not being able to finish university, to finally complete a degree.

I've listened to lectures on Political Science, read essays on Medieval History, and texts on such obscure subjects as the history of drug laws, and when a relative of mine was attending university and doing politics, I was thrilled that she would have the chance that I did not.

Unfortunately, what I discovered was that all of the Political Science courses were now just re-badged Gender Studies, meaning her degree was worthless, and that all it would do is teach her to be a professional victim, surviving only on subsidies, creating nothing1.

So I have signed that petition, and I hope it at least creates some interest in the upper regions of society, some faint curiosity, as to what has changed, and whether that change is desirable.

And if it's time to change back to academic rigour and the pursuit of objectivity.

I think it is.


1Whereas I live off a disability pension and create... settlements in Fallout 4. Yes, i know, but i'll wave the cripple pass and say that at least I did have a reasonable working life for a while there