I think it's terrifying that Kate says that artists "must be held accountable".


That is straight out of every bloody fascist regime. Will she demand they be forced to repent for drawing women who are prettier than she is, that like having sex with men? Will there be executions for the likes of Frank Cho?﻿


1:57:15 There's two ways of looking at the boob-butt pose. a) it's physically possible - female cosplayers have demonstrated it. (Note: The cosplayer here is doing the 'boob-butt' pose that drives feminists berserk - that they claim is impossible for real women to do.)

Can't find the particular shots i was thinking of but you can see similar examples here: 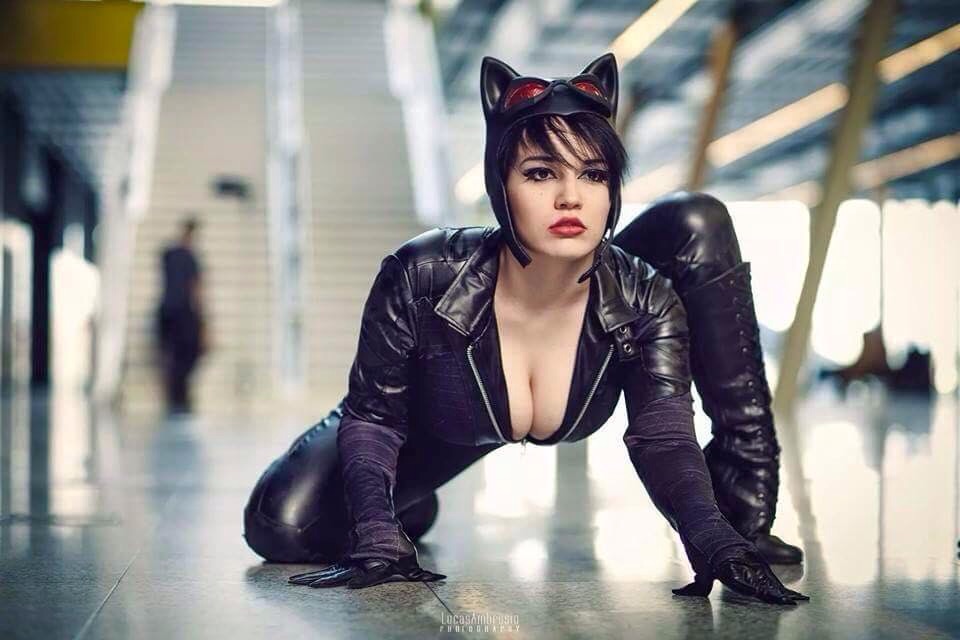 b) it's an example of how comics show human 'reality' rather than objective reality - our senses are not like cameras, we see the world by taking a chunk of time and working out what is happening from that - thus the camera shows a still but we see a variety of stills and create an illusion of motion - to depict that in a comic means you can't just replicate the camera's viewpoint.

A lot of good comic art from history is a composite in one frame of several distinct actions.

This was understood implicitly. Now everyone has cameras and expects the world to look exactly like cameras show it as being - which robs the art of dynamism. e.g. "Saga of the Super-Sons" image

The speech clearly takes farrrr longer than the motion of removing the poster. Several minutes are compressed in on panel to an instant of time.

Same story in this Batman and Robin pop-art piece. Eadweard Muybridge was actually quite shocking, because for the first time he revealed that the camera could not and did not depict reality in the way the human visual system does.

See this Elk's motion below - it actually appears to be quite static. A 'realistic' depiction is thus robbing the image of information it needs for a human to see it as in motion.

"Tits and dicks are not the same" - in fact that is exactly what feminists argue when it's convenient for them - and they want to say that breasts are asexual - then they argue the opposite when they claim that touching a breast is rape - which implies it is a sexual act.

You can't have it both ways.

In fact, why are feminists objecting to male depictions of women that show nipples - when feminists didn't wear bras deliberately because they didn't think nipples should be something to be ashamed of (i was there in the seventies and i actually kinda miss those times e.g. Kate Bush to the right).


Should we #HideTheNipple or #FreeTheNipple? They seem to want it both ways. Nipples must be exposed, but men can feel no joy from them?