Review of Solusek's Eye in Everquest 2 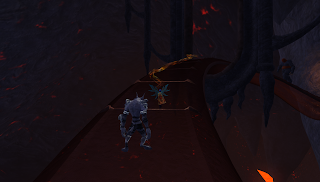 For hours? In a game? Where if you make any mistakes, you have to start again? 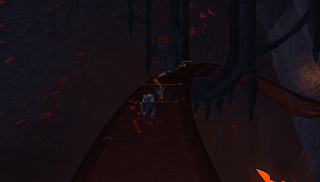 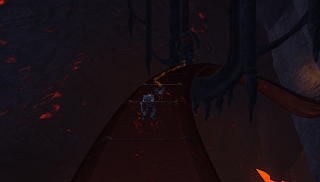 And none of it makes sense? Why are there these walkways without railings? That giants who can't fly walk up and down? Don't they worry about the fall? It's not marshmallow down there!

And there's no sense either - why make everything twisted, it's more work and less safe?


Of course, the answer is - from a game dev perspective - that you want to slow down the players. You ration out the fun. If it takes ten hours of mindless trudging and occasional deaths - that's ten hours of content you don't have to create. 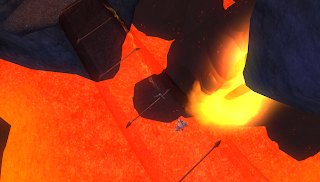 And they have to do it for each character. This quest is pretty much essential - there's a slight shortcut, but mostly you are just going to have to bite it and do it and afterwards you can relax and close down Everquest 2 and wonder if there is anything better you can play in future.

There's a way around it - level up a character in a second account - and people do this solely for this purpose. The character has a summoning ability. Their existence in the game is solely to summon other characters to the end of that awful run. 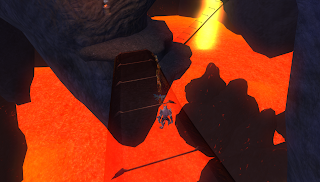 And the game devs never closed that loophole, despite the fact that second accounts like that cost them money.

So here's my advice - find which character class it is that can do this, make them of the race that can teleport to where someone else stands, and level that character up to the point they can port someone else. After that point, they can stand forever at the end point and never be used for anything else.