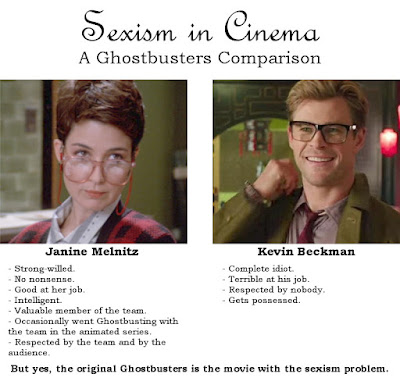 So what do the critics say?


I went into this movie with an open mind hoping that it would not be as bad as the trailers and TV spots suggest.

I really wanted this movie to surprise me, to make me laugh to make me care for the characters and have some investment in the story, but it failed to achieve any of that. What I saw was a two hour mess of a movie.

An unfunny, poorly written, poorly edited, contrived cash-in on a beloved classic which has some of the poorest dialogue and worst performances I've seen in a while. The computer generated effects were like something out of a live action Disney picture.

The music, in particular the theme tune was uninspiring and added no impact or energy to the movie.

I honestly can't think of any redeeming qualities that this film has. After waiting so long for a new Ghostbusters film this comes as a major disappointment.

Some things are just best left alone."
Interesting times. The black chick from the Ghostbusters reboot ( Leslie Jones ) was being teased by trolls.

Milo told her that everyone gets that, and not to make a fuss about it, as did myself and quite a few others - "don't feed the trolls" as the saying goes. Chanty Binks claims on Twitter that he was guilty of hatecrime. Others accuse him of being an "Uncle Tom", which Leslie supported. 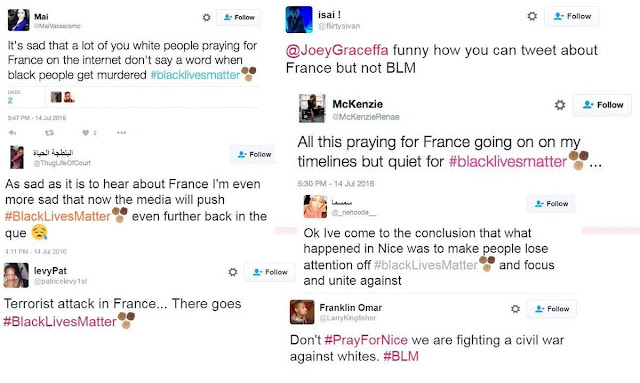 Leslie then tweeted "Black Lives Matters"... because she thinks Milo is a white supremacist or something? As Milo pointed out, not a lot of neo-nazis are fond of fucking black men, so it's a pretty odd accusation!

(Black Lives Matter - unless they are black cops, of course, BLM wants those fuckers shot in the head).


If Milo was guilty of sending the nasty tweets - the police would investigate. Instead, Feminists like Chanty used the opportunity to silence a critic.

Feminists hate Free Speech, and they will always play upon the natural love of men for women - despite the claim that men hate women.

They will play the hapless, weak, Damsel in Distress - despite claiming to be the equals of men.

Then they will propose the solution to the "harassment of women" is that Feminists be given the power of censorship - and instead of targeting the actual trolls, they will go after their political opponents.

Every person outside of Social Justice is being given a choice. Bend the knee, obey your masters - or we will silence you.

Why does that sound familiar?


Feminists and Islamists, yet again, prove they are birds of a feather. They exploit loopholes ruthlessly to destroy their critics.

This is soft fascism.

It relies on the tendency of the general public to forget the accumulation of small repressive actions, so that they can turn the world into a giant police state little by little.

We cannot allow them to get away with this.


#freemilo Because if we don't fight together against this, it will be us next.


So @jack and @twitter are willing to let the racist tweets of #BlackLivesMatter but a gay conservative? #FreeMilo pic.twitter.com/Oe45Xa52B9
— Spike (@Spikey_Buddy) July 20, 2016

[I did have a list of Leslie's tweets about Milo, ShoeOnHead, BLM etc but it looks like Tumblr has censored them. Yes, I was an idiot for not copying them when I had a chance]

Mundane Matt's view on this:

Leslie claims she was hacked but she seems to have a long history of racist behaviour. She also seems happy to do exactly the behaviour that Milo is alleged to have been banned for - inciting a mob to harass the people she doesn't like.