I was reading Cathy Young's article on this subject. I agree with her, mostly, but I think she's missing the point.

They tolerate the ones that they call 'allies' in the same way slave owners tolerated their slaves - but they don't want to have their 'allies' allowed to share the riches of society with them.

Men are starting to wake up to it.

Do feminists need to learn to lie better to keep the men in line? 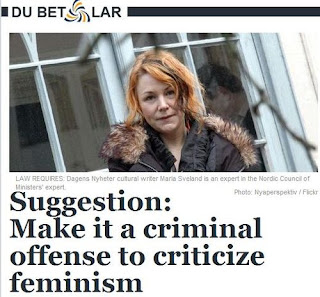 Or will simply outlawing such statements serve them better?

"...the report writes the following:

Anti Feminism is:
I shall now commit a crime against Feminism.

I have enough fucking attitude for a planetful of MRAs 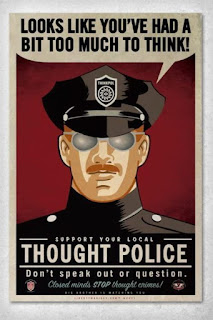 - and as for punishing people for having the wrong desires?

Anyone can have any desires in a free society

- it's deeds that count.

As for having a reluctance to challenge gender categories - will they be arresting scientists who say men are men and women are women? What about black people who want their kids to marry other black people? Oh right - these rules only apply to the 'privileged' white men?


What if you just declare the speakers of such thoughts terrorists, as feminists claim the Southern Poverty Legal Centre has done? Will that be enough? I think Cathy's naive, but I love her to death, and I do recommend subscribing to her Twitter feed.

There's no repair for Feminism. Communism had a benign history too, but when it's retained too long, it becomes toxic.

Australian aboriginals were, and sometimes still are, communist - what you had belonged to the tribe - which is fine for tiny groups that always live on the edge of extinction.

Try and scale that up and you get the atrocities of Stalin's Russia, or the Cultural Revolution of Maoism. 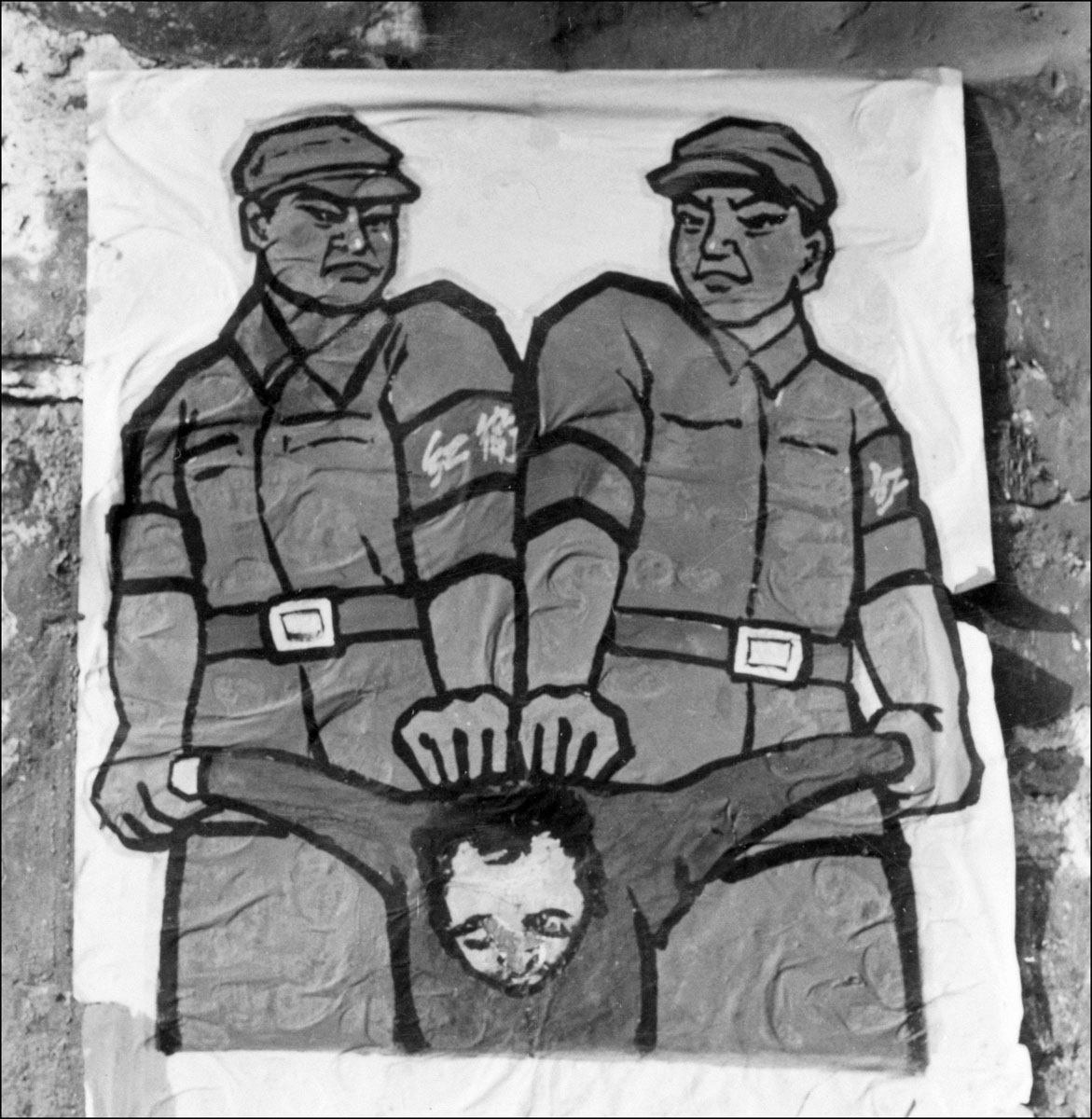 
The wage gap is a lifetime earnings gap, broken down by hourly pay to get the figures used when they talk about a wage gap.

Its a misrepresentation, distortion, and misinterpretation of the data. Women by far pick willingly social and retail jobs that naturally pay less, even for men, while men usually go into STEM jobs or dangerous labor jobs which pay a lot more and require many years in school.

There is no discrimination against women, other than grade requirements that men also face.

You cannot compare a middle aged single mother that works part time in a diner, taking more days off and sick days and paternity leave and less over time and compare her earnings in a lifetime to a man fresh out of university entering a high paying field who will take less sick vacation days and who will work more hours and overtime and cry about a wage gap.

US Department of Labor:

http://social.dol.gov/blog/myth-busting-the-pay-gap/
So while the gap exists (more like lifetime earning gap), is it because you are oppressed for being women by this mysterious patriarchy who gave you everything you need and use to live and enjoy, or are most women either lazy or just don't care about money the way men do?

The Gender Pay Gap is a Complete Myth

Gender pay gap is not what activists claim

The pay inequality myth: Women are more equal than you think

Labor force participation rate for men has never been lower.

Share of Men in Labor Force at All-Time Low

The 15 Jobs Where Women Earn More Than Men

women aged between 22 and 29 earn over £10 per hour on average, compared to men their same age who earn just under this amount.

The only chairwoman in the FTSE 100 index of biggest British companies, when asked about government efforts to force companies to make at least 25% of board member to be female said: “there’s no real evidence to suggest women being on a board makes the companies any better – what we’re doing here is forcing an experiment.”

This was further supported in the book “Why Men Earn More” by Warren Farrell, Ph.D., examined 25 career/life choices men and women make (hours, commute times, etc.) that lead to men earning more and women having more balanced lives, and that showed how men in surveys prioritize money while women prioritize flexibility, shorter hours, shorter commutes, less physical risk and other factors conducive to their choice to be primary parents, an option men still largely don’t have. That is why never-married childless women outearn their male counterparts, and female corporate directors now outearn their male counterparts.

Farrell also lists dozens of careers, including fields of science, where women outearn men. Women simply have more options than men to be primary parents, and many of them exercise that option rather than work long, stressful hours. That is why 57% of female graduates of Stanford and Harvard left the workforce within 15 years of entry into the workforce.

This is an option few men have (try being a single male and telling women on the first date that you want to stay home).

Blaming men for women’s choices is unfair. In fact research shows most men have no problem with their wives outearning them.

Research also shows most working dads would quit or take a pay cut to spend more time with kids if their spouses could support the family.

There is also the myth that women are kept out of certain more lucrative fields by sexism. The truth is that women stay away from math out of their own free choice

Let’s be real about the lack of women in tech

Here are some by women

US Department of Labor