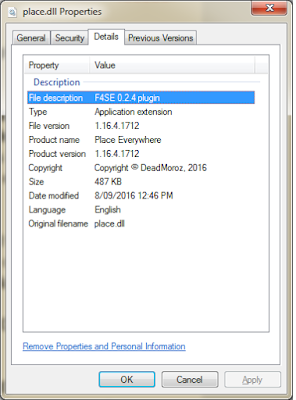 I was going nuts trying to use Place Everywhere.

Finally figured out there was a minute difference between the version of fallout the dll supplied supported, and the one supplied by Steam.

Not documented in Place Everywhere except as "don't use the beta!" - I don't remember ticking using the beta in Steam as an option, or maybe the modder is just misusing the term.

Oh well. I have fallout 4 script extender in place, and i think i understand it.

I really want to use Place Everywhere because I am sick at not being about to wall off sections to stop raiders, which is a problem in some of the city settlements where gaps in the scenery are big enough for them to get through but not big enough for placeable objects.

Also, mods that clean up rubbish also tend to leave you without navmeshing, which means you can't place objects at that point. Apparently the game devs cut corners in places like "The Castle".

Update: 9/9/16, 6:34 am - the mod author has updated, and also is mentioning the version number of fallout that the mod is compatible with - maybe they realised that "don't use the beta!" is not very helpful in this context! Trying it out now - oooh, so exciting!