Unwanted child is no grounds to sue mum for lying about taking the pill?

Sex is about consent. If two people have sex, they must trust each other.

What would have happened if a man lied about contraception?

Feminist say that that is rape. Feminists have changed laws in some places to make that rape. 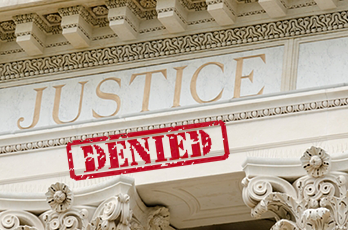 Yet I consistently see Feminists defending this decision.

He was the responsible party, not her.

He should have worn a condom.

Even though women can sabotage condoms or use them to get pregnant anyway, sometimes a long time afterwards.


The ‘theft’ itself was alarmingly easy to carry out. One night, after sex, I took the used condom and, in the privacy of the bathroom, I did what I had to do. Bingo.

Men deceived into fatherhood are struggling to rescue their reproductive rights from the whim of women. Bettina Arndt reports.

Women have even tried, and presumably sometimes succeeded, to get pregnant when no penetration has occurred.

So where is the Feminist outrage at the double standard?

An appeals court said a man can press a claim for emotional distress after learning a former lover had used his sperm to have a baby. But he can’t claim theft, the ruling said, because the sperm were hers to keep.

I am very much reminded of the case of Julian Assange, who was alleged to have also lied about a condom.

That warranted a gigantic police operation, even though "the two Swedish women who accuse WikiLeaks founder Julian Assange of sexual misconduct were at first not seeking to bring charges against him"

https://community.babycenter.com/post/a52628875/pregnant_from_sperm_retrieved_from_a_condom
Posted by Brett Caton at 23:59