Are Incels the new "Elders of Zion"?

The word "incel" - the involuntarily celibate - is an insult like retard, that can also be a literally true term. It also doesn't simply mean there can be no sex, but no companionship, no love...

Most of the people called retards are not retarded. As with incels.

Most incels - the involuntarily celibate - have nothing they can do beyond hiring a sex worker, and even then that depends on local laws and finances.

Incel covers women who cannot move due to disability - not easy to find a partner in that state. A homeless man is also usually an incel.

There is no incel manifesto, no conspiracy.

I'd say that was as vile as blaming lepers for leprosy. Someone with autism might desperately want human contact but be unable to attract a partner. Usually they are male.


Men are expected to be tall, strong, have a high social status, a comfortable lifestyle...

Women are preferred as young, but even geriatric women can get laid if they want to. 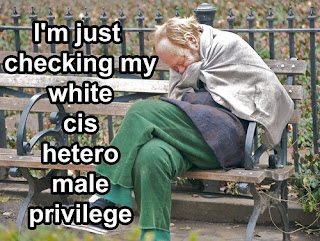 Women would rather choose celibacy than go with a low 'value' male. Men do not. They have celibacy forced on them.

This isn't oppression. This is just biology.

But telling those men it is their fault they aren't of higher social status s rubbish.

There's only so much room at the top, and the only way to get there is to force another male out.

Or buy a sexbot, should they be invented, and it is interesting that the same people who scaremonger about sexbots are those that despise male incels, and claim they are behind all the evils of the world.


Is online dating a different experience for men than it is for women? 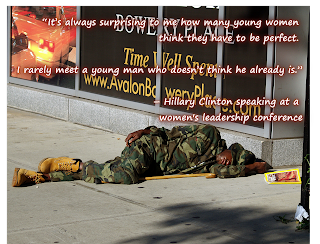 "Each woman received at least one message, but the two best looking women received 581% more messages than the other three combined.

Only one man received any messages."

My response to that?

Most women will receive praise and attention simply for existing.

Most men will struggle and fail. A few will be regarded as highly desirable, and it is those men who all others are measured against. Men who fail to be the equivalent of that elite will be told, in effect, to kill themselves.

And if they call a suicide hotline?

Clementine Ford and Julia Gillard are in charge of them.

Gillard changed the law in Australia to make it legal to discriminate against men.

Clementine Ford ...a famous feminist who wants men purged from the Earth, who promoted #KillAllMen.


In charge of suicide prevention..

And no feminist has a problem with that, of course!


A petition has been launched as protest. It has no legal power, however. 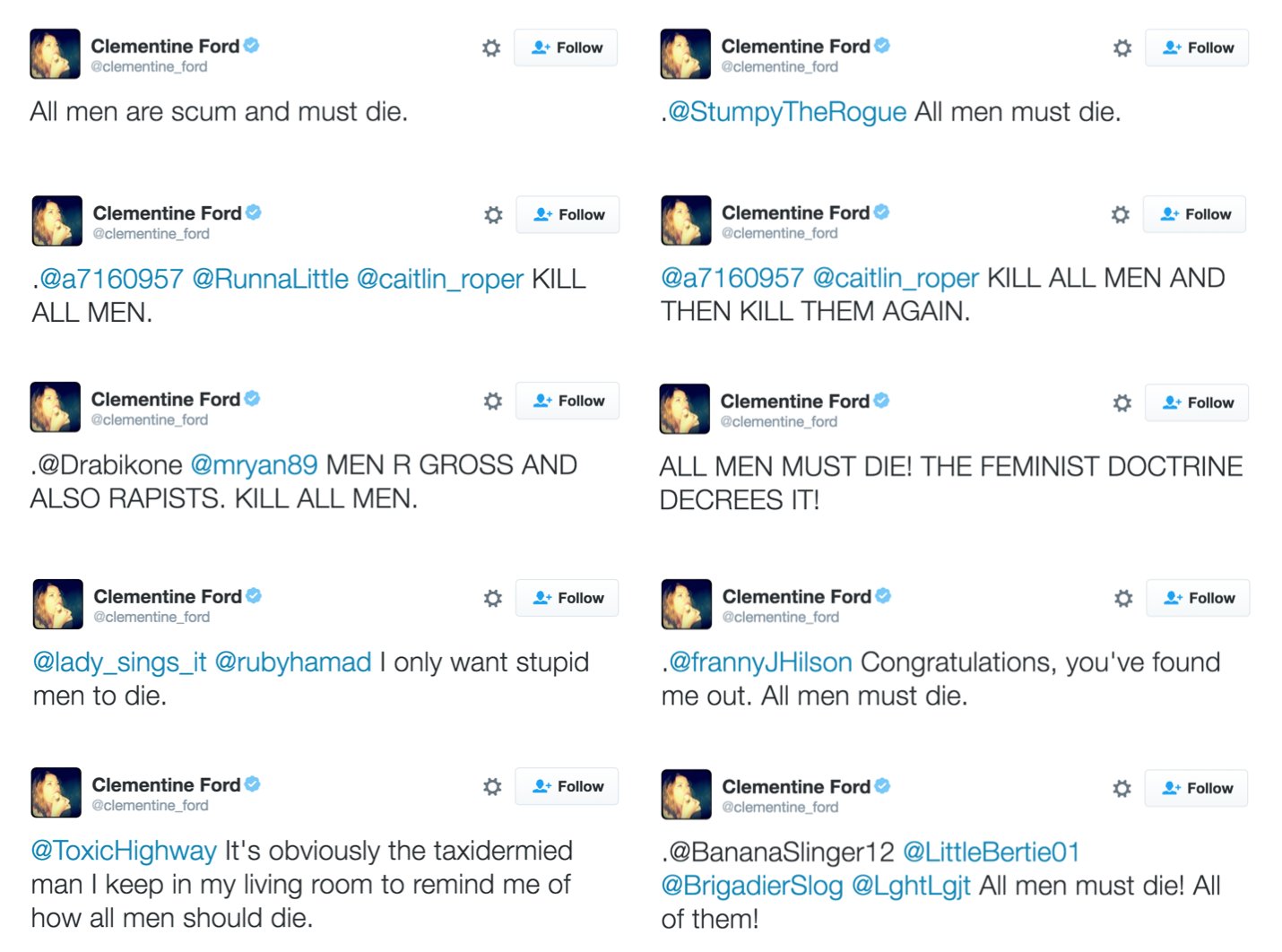 I disagree with Sargon in that he is using the definition of "Incel" as those who identify as such - from what i have seen, that might be a few thousand out of billions of people, and the term is really used as an insult rather than as a self-identification.


However, the following is a good examination of it all.

I recommend reading the whole series of these following tweets.

1) I had a mate who was full incel, whole entire life had no confidence, it took me 3 months to get him out of his house, get him good clothes, a haircut and other general body care techniques and eventually he came with me to a strip club.
— Rathdranalon (@Daicheal) May 3, 2018 
I think it’s very interesting the doublethink Social Justice uses with “incel”. Here, the youtuber “ Diversity & Comics”, a man who clearly rents apartments and has multiple children - and presumably ex-wives, although he doesn’t talk much about them - is being accused of being involuntarily celibate and staying in his parents basement.

And there’s many others who are on youtube, who have their kids with them, own their own houses, live with their wives... and yet they are now labelled as “incels”.

Because SocJus has decided that Incels are the new bogeyman, and the media has gone along for the ride.

“Incels” are the Witches, the Enemies of the State, feared and hated by the mob to the point rational thought ceases to be.