Feminists have decided they own gays and lesbians.

It enrages them when people don't see them as their rightful overlords. If you do not think as they do, vote as they do, you can no longer belong to your own cultures, your own movements. Look at Charlotte's expression. She can't believe that she doesn't own their vote.

What are they doing, trying to think for themselves?

How very dare they?!!

SJWs march into, then appropriate, groups they see as vulnerable - then kick out the original members. They’ve done it to gay rights, to Doctor Who and Star Trek; even down to Dungeons and Dragons ... 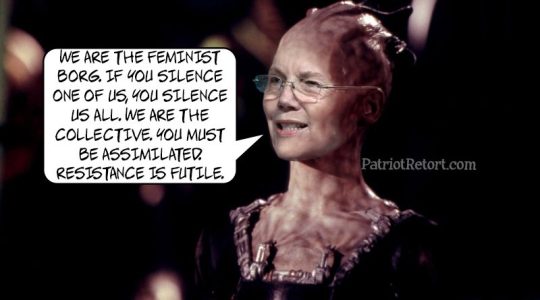