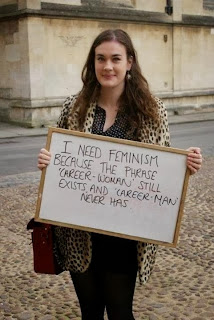 Gosh, I wonder if there's something called a salaryman with an equivalent meaning?

At yet, thanks to the Tender Years Doctrine, feminists made damn sure men could NOT just be parents.. and if they work and rear kids, then they'll get blamed for having to work long hours instead of being there for them.. catch-22.

Men must work themselves to death, thanks to feminism.

Women will spit on their corpses, thanks to feminism. 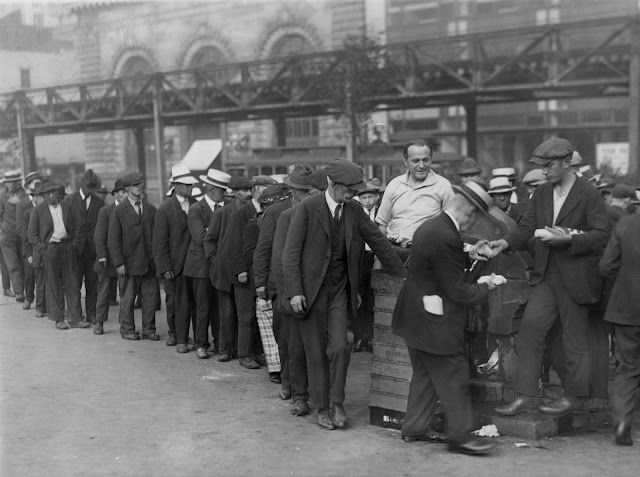 thanks to feminism.
Posted by Brett Caton at 11:03 No comments:


"Despite Urban Legend, Circumcision Has No Influence on Sexual Pleasure"

I guess she doesn't she death as a barrier to pleasure? I mean.. I guess it isn't.. a barrier to HER pleasure, as it's only baby boys that die. FGM, is of course, illegal, so she's safe.The way she puts is completely inaccurate:

"It's settled. It's done. We can all pack up our foreskins and go home now. "

Science doesn't work that way, it works by consensus, and it's never 'done'. There's just a general agreement that some theory best matches the facts.

And stuff like " no difference in sexual desire" rings alarm bells. If a penis is cut off entirely, men still want sex, they just can't bloody have an erection.

To simulate the effect, if it really is trivial, you'd have to have women cutting off their clitoral hoods, not the clitoris. No anesthetic. (i noticed the pain of it is completely ignored, i wonder why that is?)

I noticed KATE HAKALA isn't volunteering. Surely she knows it's more hygienic if she does? And it won't make any difference to her pleasure... right?

So let's go back to the science. This one starts by claiming everyone else got it wrong. That's a big claim. So what did the scientists say about that? Oh that's right, they weren't asked.

And i have to admit I'm surprised by the subjectivity. If you ask a man if he's sexual potent, most men are going to say "of course!!!1!" A smarter method is to measure responses via fMRI etc. This isn't the 1960s, we've moved a bit beyond relying on surveys. If you really want to be thorough, you can examine nerve paths in a systematic way.

Ms HAKALA comes across as having an agenda.

"Despite Urban Legend"?
http://www.cirp.org/library/sex_function/senkul1/
RESULTS: The differences in the mean BMSFI scores were not statistically significant in any of the five sections. However, the mean ejaculatory latency time was significantly longer after circumcision (P = 0.02).

Oh right, these scientists are just spreading rumours for teh lulz.

So on the one side, there's a study that involves asking men if they are real men, and on the other, there's one that uses measurable quantities and statistical analysis.

I know which I'd trust.

I have to wonder what religion the scientists involves has, if any. From a Jewish perspective, there's a very strong motivation to find data to support the practice, as making MGM has been discussed as being banned, and this would mean many Jews would have to face either breaking secular or religious laws.

It can be very tempting to cherry-pick results you like, ones that reinforce existing prejudices. I could sit here spouting sources all day, like http://www.dailymail.co.uk/.../Circumcision-DOES-reduce...

But the fact is, this is a dodgy write-up of a dodgy paper, and it has no credibility. If it was from Scientific American, say, they would have contacted other scientists to get their perspective.

So what sort of journo is KATE HAKALA?

Why the fuck not? I have the feeling she thinks that's some hideous male affliction. So what's her level of scientific expertise?

Smegma (Greek smēgma, "soap"[1]) is a combination of exfoliated (shed) epithelial cells, transudated skin oils, and moisture. It occurs in both female and male mammalian genitalia.

Both sexes can produce smegma. In males, smegma is produced and can collect under the foreskin; in females, it collects around the clitoris and in the folds of the labia minora.

In males, smegma helps keep the glans moist and facilitates sexual intercourse by acting as a lubricant.

So fuck Ms HAKALA and her body-shaming ways. I don't see her volunteering for the chop. She sees men as existing for the pleasure of women, and wants to use any dirty trick to accomplish that goal.

FGM was seen as perfectly normal once, too. It's still fervently argued by people in thos cultures that it is necessary, and all sorts of excuses are found as to why. But in the end, it boils down to "it's done because it's done".

It wasn't introduced for medical reasons, but for religious ones, reasons which could be used to apply to FGM had they realised that women did those things they despised as well - but the vision that they had was that male sexuality was wicked, and women had no sexuality, and were purer as a result.

So either it was useless for it's stated purpose - or it is partial castration.

By both measures should be banned immediately.
Posted by Brett Caton at 23:03 No comments:

Apparently there's some program called 'lingerie football'? I have no idea how that works. The football is just an excuse, I'm guessing. Now it's been said that the existence of this is sexist. Ok, here's my argument why it isn't.

The test for sexism is to gender-swap the scenario.

If there was some TV show where, to appear, men had to wear male lingerie, would men refuse? Not for a heartbeat. Men like attention (and money!) just as much as women. I doubt there's any profit in it, however.

Feminists continually emphasise that women just don't care as much about male appearance as vice versa; it's usually in the context of why women are *better* than men. So a show based on the visual appeal of men is just not going to be as profitable, surely. However, the beauty of today's cheap cameras etc is there's nothing stopping a Feminist group from creating this show and broadcasting it, so long as they skip the radio waves. Kickstarter, IndieGoGo et al all exist for this purpose. Digital TV is dirt cheap.

And all you have to do in business is make more money than you spend, and you are a success.

So instead of doing this, Feminists want to ban the lingerie football thing on the ground men looking at women and having teh sexi thoughts means women lose out. That's right, every sexual desire a man experiences ruins the purity of women.

It does fascinate me how far people will go to repress it.

Why is it Feminists and other authoritarians are so violently opposed to liberty? To 'live and let live'? To others doing things they don't want to do for themselves? To burning books, instead of writing them, to slapping hatecrime laws on their opponents instead of articulating and refining their arguments?

I saw someone last night, who believed, along with her audience, that arguments for the existence of the Patriarchy were unnecessary, because it was so true that it existed that any argument would only serve the Patriarchy. To doubt is heresy; to reason, satanic.

This is the mentality that lead to the Spanish Inquisition, to the re-education camps of the Communists, to the mental asylums and lobotomies of sane people whose crime was simply that they didn't conform.

We have to do better than that.
Posted by Brett Caton at 10:38 No comments:

Rape is NOT a gendered issue, so stop treating it like one.

40% of rapists are women

The Predictors of Sexual Coercion Against Women and Men


Rape in the military is rampant, and it affects more men than women due to their disproportionate numbers.

Up to 15.7% of US prisoners experience rape in 12 month period


94% of sexually abused youth in correctional facilities reported being abused by female staff. Only 40% of the staff is female


3 in 4 B.C. boys on street sexually exploited by women


Female Pedophiles Cause Children More Harm, According to Research by University of Bergen, Norway

According to multiple studies, 59% to 80% of male sex offenders were sexually abused by females.


Men and women are both capable of being victims and perpetrators. Rape is NOT a gendered issue, so stop treating it like one.