Slip of the Tongue by Karen Lum


I love the complete triumph of disinformation here. Nothing it says is correct, and a simple glance at a few history books, or conversations with people overseas, would have cleared this up, but the beauty is *the facts don't matter*.

The Victim Complex is strong with this one, yes....

For those who can't make out these misandric mumblings...

[I thought it was wetness? ]


And in the presence of this higher being,
the weakness of my masculinity kicks in,

[I am sorry to be born a man! I am not worthy! Kowtow! Kowtow! Let me slash myself for you! Let me be your Kapo, and burn the other men in your name! 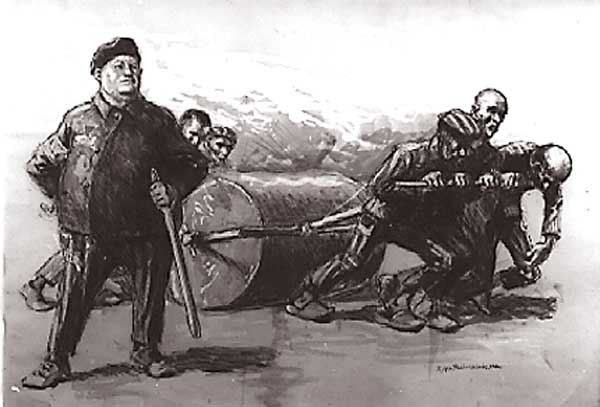 [note to the reader: you can actually skip a giant chunk here, it's just the dude punching himself in the 'nads]

causing me to personify my wannabe big-baller, shot-caller,
God’s gift to the female species with shiny suit wrapping rapping like,
“Yo, what’s crackin shorty how you livin’ what’s your sign what’s your size I dig your style, yo.”
Now, this girl was no fool.
She gives me a dirty look with the quickness like,
“Boy, you must be stupid.”
so I’m looking at myself,
“Boy, you must be stupid.”
But looking upon her I am kinda feelin’ her style.
So I try again.

But, instead of addressing her properly,
I blurt out one of my fake-ass playalistic lines like,

]
“Gurl, you must be a traffic ticket cuz you got fine written all over you.”
Now, she’s trying to leave and I’m trying to keep her here.
So at a final attempt, I utter,

“Gurl, what is your ethnic makeup?”

[*which is exactly the sort of question you get everywhere. People are curious, and identify strongly with origins, and find strangers who don't quite bizarre]

At this point, her glare was scorching through me,
and somehow she manages to make her brown eyes
resemble some kinda brown fire or something,

[I see the poet here is attempting to torture the reader to death, but carry on. Maybe a better line would be: "her brown eyes resembled two large mounds of flaming flatulence", or perhaps "her brown eyes were like the gaping rectums of ebola victims".. something with a bit more *oomph*.. ]

but there’s no snap or head movement,
no palm to face, click of tongue, middle finger,
roll of eyes, twist of lips, or girl power chant.
She just glares through me with these burning eyes
and her gaze grabs you by the throat.

[Maybe .. there was a Second Gazer? Because we have one gaze boiling this dude's eyeballs out

and another slipped around to throttle his trachea.. oh no, I see it now...


She says, “Ethnic makeup?”
She says, “First of all, makeup’s just an Anglicized, colonized, commodified utility

[which is why it was used before England even existed!

that my sisters have been programmed to consume,


[so any woman who choose to wear makeup is just a victim and couldn't be expressing herself? Wow.

You have no right to tell these people 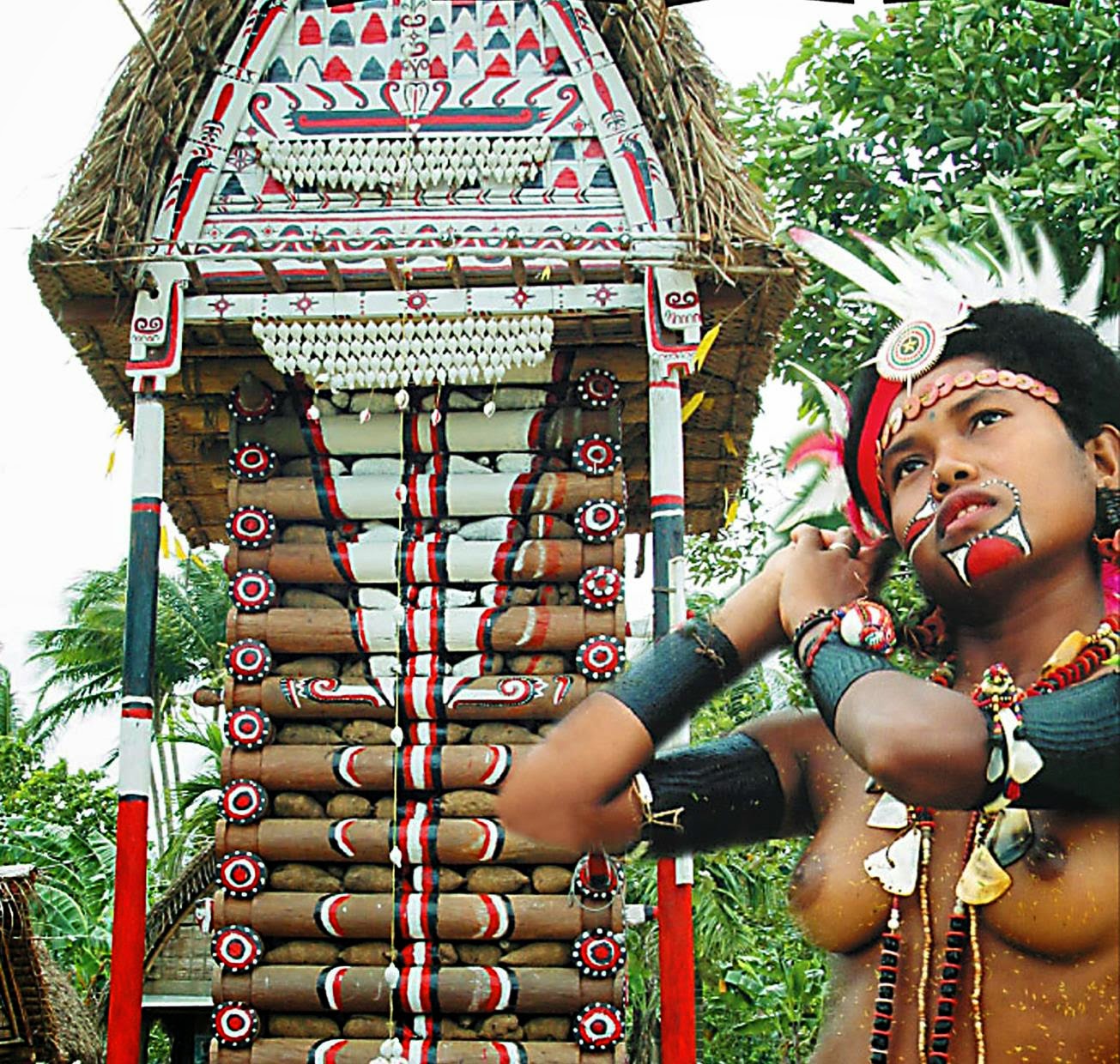 that they are inferior 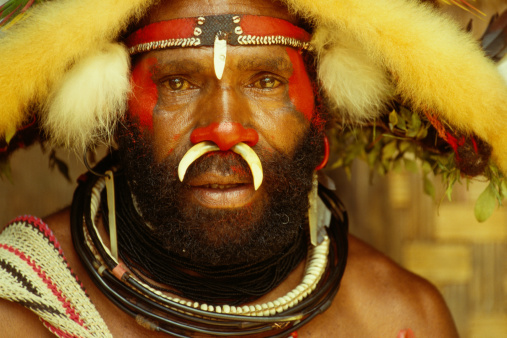 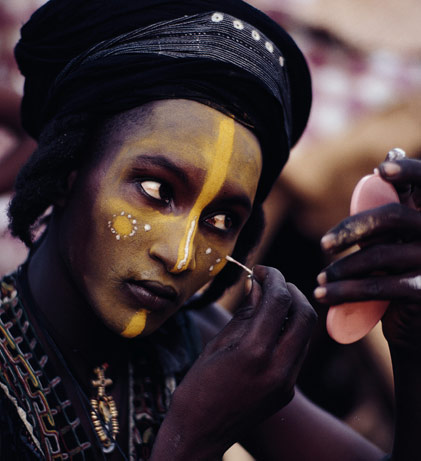 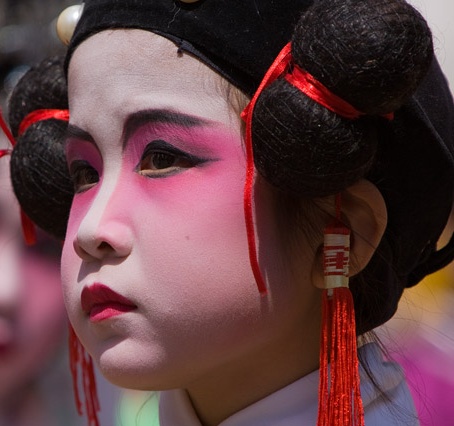 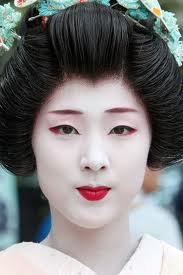 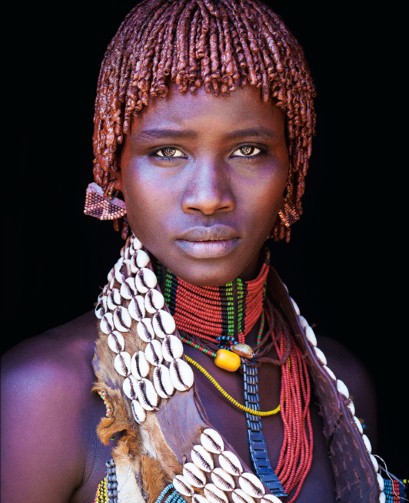 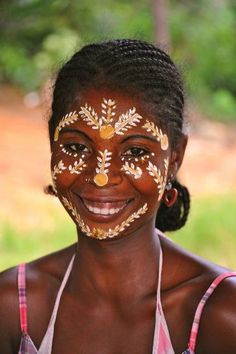 [Maybe she should catch a train, then?]

[Has he finished? Good grief. I think what he's saying is "human's are not all equally attractive any more than members of any other species like mammals or birds are equally attractive, and so we take actions to make ourselves more attractive to prospective mates, according to the theory of Sexual Selection

But enough of the pornography!]

[Yes, right in the groin.

[Like a Social Justice Warrior who spends her life with a giant chip on her shoulder?]

I wear foundation,
not that powdery stuff,

I wear the foundation laid by my indigenous people.

In this context; unless you are a native American *you are not indigenous*]

It’s that foundation that makes it so that past being globalized,

[the past was localised before? You just don't know what words mean, do you?]

I can still vocalize with confidence that I know where my roots are.

[Oh so you are able to identify which native american tribe you are from, and they'll back you up? Do tell...]


I wear this foundation not upon my face, but within my soul,

[No, you'd need one first to be able to do that]

and I take this from my ancestors

[but Chinese ones are totally ok, because white people *suck*, amiright?!]
tell me what my foundation
should look like.”
I wear lipstick,
for my lips stick to the ears of men,

is nothing to be ashamed of, but it's probably best to stop kissing people until the eruptions have passed]

so they can experience in surround sound my screams of agony

[I told you, wait until it passes.. there are many good creams for it]

with each lash of rulers, measuring tape, and scales,
as if my waistline and weight are inversely proportional to my value as a human being.

[No, your *actions* determined that, but perhaps by being pretty you might get people to be dazzled to the point of not noticing how worthless you truly are? ]

See my lips, they stick, but not together.

Rather, they flail open with flames to burn down this culture that once kept them shut.

Now, I mess with eye shadow,

but my eyes shadow over this time where you’ve gone at ends to keep me blind.

[Yes, you should have been more careful

But you can’t cover my eyes, look into them.

[Not trying to cover your eyes, which we have established are burning pools of brown goop, I'm trying to make sure they don't splatter that stuff on me, because frankly, you seem rather infectious]

and I’m not into hair dyeing.

[Chanty Binx will be much relieved; she has enough competition as it is!]

but I’m here, dying, because this oppression won’t get out of my hair.

[OMG, my hair is so oppressed, I'm dying, I'm dyinggggggggg 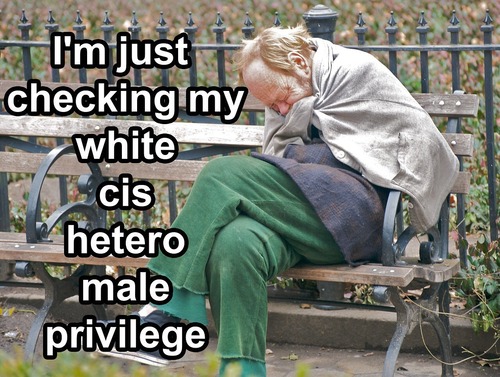 I have these highlights.

They are highlights of my past atrocities,

[You've done more of these poems? I'll call Geneva, we'll have to organise the witness statements]

they form this oppression I can’t wash off.

[along with the gunk from your eyes and lips...

It tangles around my mind and twists and braids me in layers,

[Really, I can't agree with you more

this oppression manifests,
it’s stressing me so that even though I don’t color my hair,
in a couple of years it’ll look like I dyed it gray.

[or it looks like you'll go gray from stress.. because dying it gray would be a totally different effect?


So what’s my ethnic makeup?

I don’t have any.

[You don't seem able to keep this story consistent; perhaps if you made notes and did some editing...]

Because your ethnicity isn’t something you can just make up.

[Why not? You seem to have managed]

And as for that shit my sisters paint on their faces, that’s not makeup, it’s make-believe.”

[No, it's make-up, as hominids have used SINCE BEFORE HUMANS EXISTED]

I can’t seem to look up at her.

because the expression on her face
shows that she knows that my mind is in a trance.

[Or it blew itself up in the name of sanity...

As her footsteps fade, my ego is left in crutches.

And rejection never sounded so sweet.

[Ah, she chose not to dine on your brains - couldn't find them? Well, all's well that ends well, or in this case - ends finally!