With thanks to weatherman667 and hexiac.

Feminists demand women take up 50% of all well paid jobs.

"Becoming a CEO of a major company takes a lifetime of sacrificing almost everything in your life for your career.  Programming often involves 80 hour weeks in poorly lit dungeons, with extensive nights and weekends.  There are even laws that allow tech industry jobs to avoid paying overtime, (I’m seriously, there are laws that explicitly name technology industries as exempt from overtime).  "

" Jobs that don’t pay as well, are dangerous, or labour-intensive can stay male-dominated for all they care. Honestly, they never talk about it."

"There are plenty of articles about the "desirable" sectors being men’s clubs (engineering in this case), and how they should be more inclusive. (Funny thing I noticed in that link: “long hours” and “demanding lifestyle” were listed as traits of a male-dominated culture. )

Meanwhile, no big push to make these more “inclusive”…" 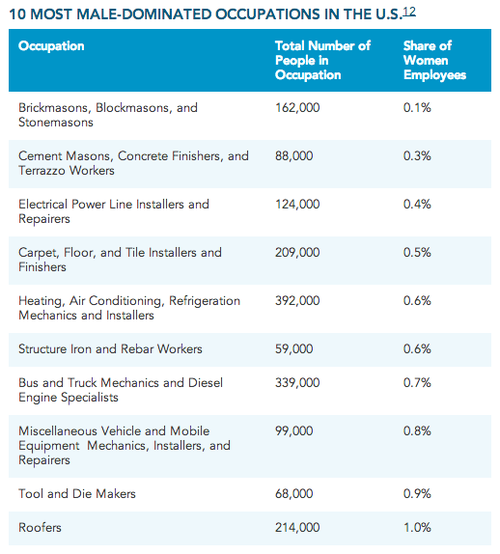