Finally, Lie, Schilit, Bush, Montague and Reyes (1991) reported, in a survey of 350 lesbians, that rates of verbal, physical and sexual abuse were all significantly higher in lesbian relationships than in heterosexual relationships: 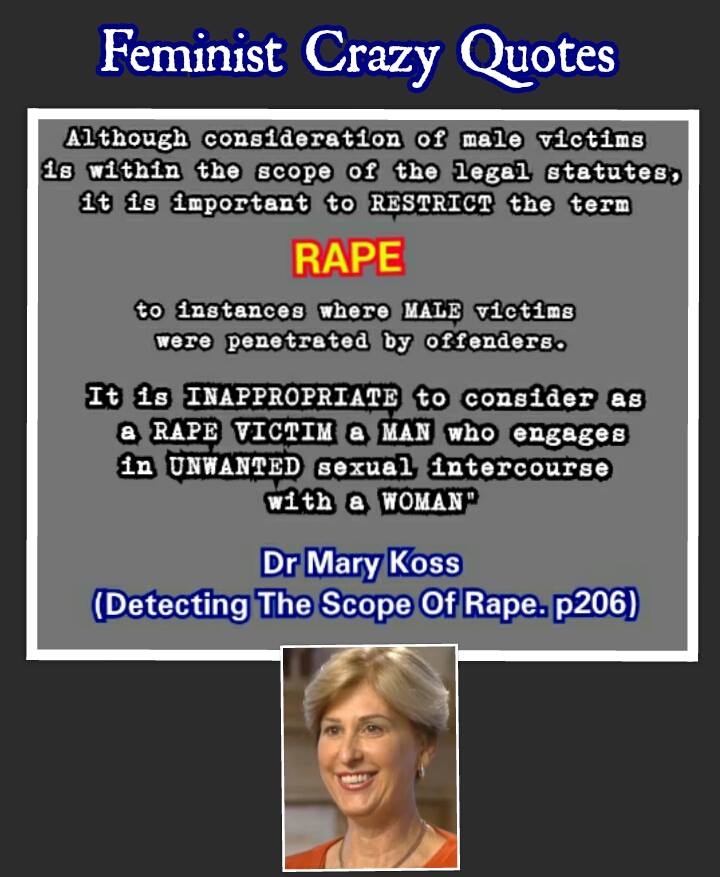 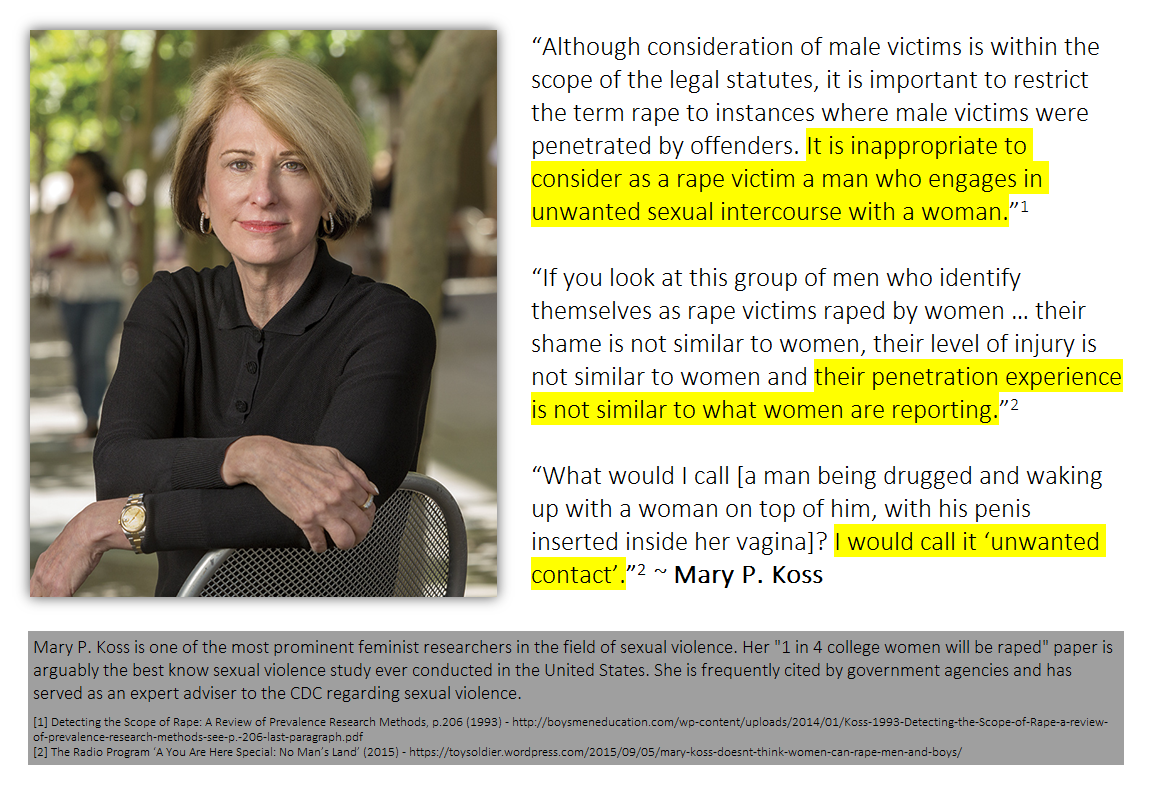 Mary P. Koss thinks that it is "inappropriate" to consider men who have been raped by women as rape victims, because "their penetration experience is not similar to what women are reporting". She calls it "unwanted contact". (source)

The first quote comes from Detecting the Scope of Rape (1993, p. 206-207) and the second and third quotes comes from a radio interview from earlier this year.


Why does Feminism fight against the protection of rape victims?
Posted by Brett Caton at 16:50 No comments: