“all most feminists want is to not get raped and murdered“

jumbolaywho:
Okay I have to admit you are really sassy and I appreciate that but literally all most feminists want is to not get raped and murdered. My viewpoints are not inherently man hating or selfish. If they weren’t somewhat selfless I wouldn’t be preparing a full article on tent city and appropriate punishments for male rape in prison. Don’t just assume stuff that’s rude.

“all most feminists want is to not get raped and murdered“

This literally is false. Literally I have spent many hours researching feminism at home and at university. I have read countless tomes on WHY ALL MALES SHOULD BE EXTERMINATED.

And if you knew feminism, you’d know which ones I’m talking about.

Why were Dworkin and MacKinnon given power by feminists, if their viewpoints were repugnant? Is that normal? Would you expect a democratic movement to put a Nazi in charge of their teaching facilities? Wouldn’t you say that that meant it was a fraud, and they were really Nazis?

“My viewpoints are not inherently man hating “

Then they don’t represent that of the people running your movement - or you are in denial. Or just lying.

Feminists don't hate men. But it wouldn't matter if we did.

What’s the difference between that and

“Nazis don’t hate Jews. But it wouldn’t matter if we did.“

Do you know, I like some second wave feminists. They investigated this very topic, back in the 70s. They found many people, traditionalists and feminists alike, held the view that, if a man was raped, he deserved it. They invented the term “Rape Culture” to describe that lack of empathy.

It only applied to men.

Your wave hated that, so they re-wrote it to be all about them. They claimed that the world’s culture was accepting of the rape of women - despite the fact it’s a reason to have someone murdered on the spot. 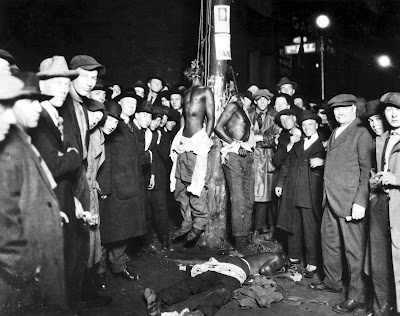 She points - they kill.


50 tangible ways feminism is harmful to men
Feminism and Egalitarianism
If you can get it to work, http://oratorasaurus.tumblr.com/ is a great resource.

He/She was one of the most reasonable and hard working MRAs but burnt out eventually. I have the advantage of being a mean bastard.