Feminists claim FemThor is a triumph! 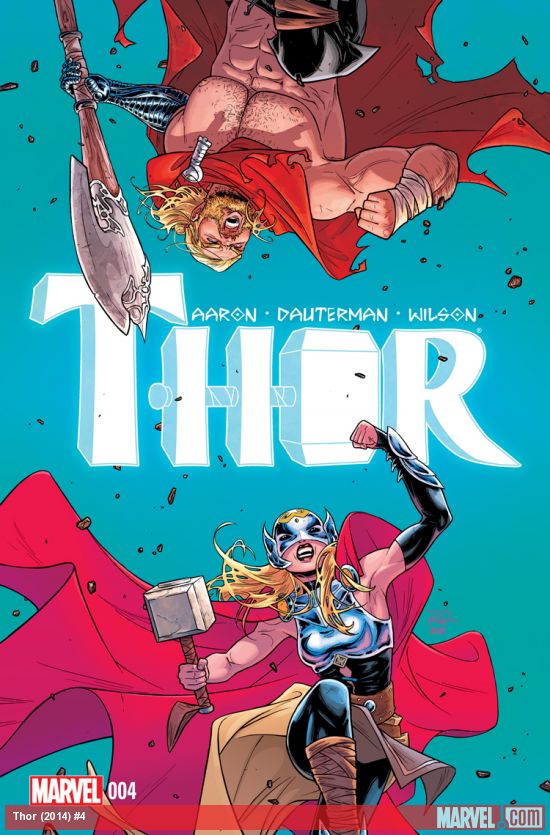 http://marvel.com/comics/issue/52814/thor_2014_4
Examine
http://www.comichron.com/monthlycomicssales/2015/2015-01.html
Sales chart: http://comichron.com/monthlycomicssales/2015/2015-02.html
At FemThor vs. Real Thor, its number 8. Raw estimated sales = 69,497
However, compare the sales chart for February - Thor slipped from #8 to #11.
It all reminds me of 1984, where they announced the chocolate ration was increasing. To get that result, they edited the previous chocolate ration history so the newspapers etc. now said a smaller figure in the past - when the truth was the opposite.

In my opinion, the change is attracting attention - people love controversy - but that has to be sustained for something to be a success. I can't see that happening.

To get the result they want, they cherry-picked the data.

Which is extremely dishonest. 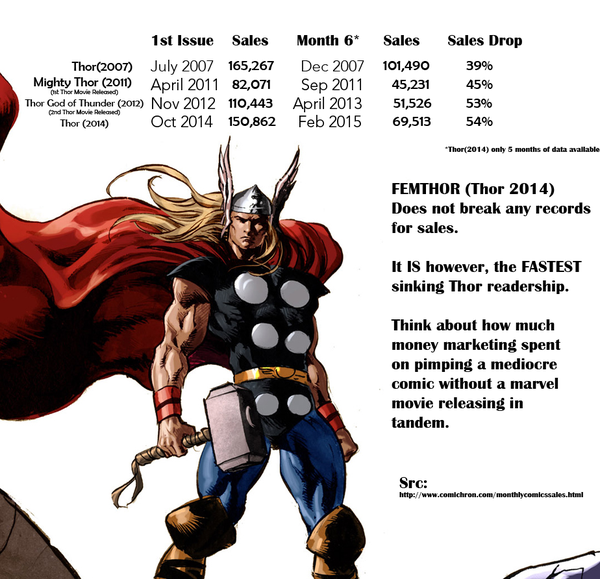 
Billy Collins for original research
Posted by Brett Caton at 03:06