There are lots of ways to exploit social media. Scientology was infamous for it, until they were outdone by 4chan et al. Now SocJus is taking the lead.

If writing letters with a crank theory was annoying - but legally acceptable - why would sending tweets be considered differently? The recipient is addressed individually, not in bulk. And it's trivial to mute, or block, or even create a block list if need be.

Instead, they want to silence people's voices.

I have to wonder what would happen if Charles Darwin had announced his crazy theories nowadays. 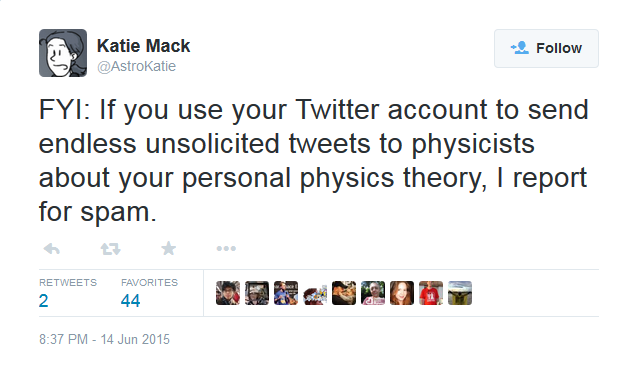