"He beats me. I'm scared", says the ABC, of the terrible man-beasts roaming the country! 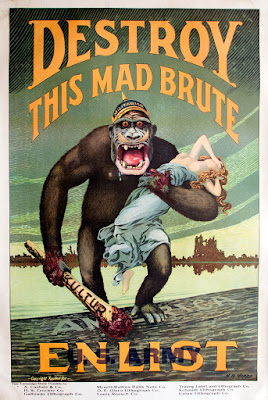 
"There’s no safehouse or women's refuge in Charleville"


Is there a safehouse or men's refuge in the whole of Australia?

"Peggy Sue represents the good and the bad in relationships"


No, it represents feminist propaganda: c.f. The Duluth Model of Misandry

Real DV is often reciprocal, and when it isn't, it's female initiated. http://pb.rcpsych.org/content/35/1/33.1

And it's interesting that the ABC will always ignore that fact.

"It's always the women that have to flee from their household"


An opinion stated as fact. How unusual.

" if harsher penalties were imposed on offenders who breached domestic violence orders, women could feel safe to stay in their communities"


Because all women are heterosexual, of course, and no men are gay.
http://www.northwestern.edu/newscenter/stories/2014/09/domestic-violence-likely-more-frequent-for-same-sex-couples.html

Woops! DV is higher in non-het relationships. Maybe women can do bad things too? Is that possible, ABC? Is that idea just blowing your mind?


The pain of Aboriginal men abused by their women

Here's a scenario. Woman cheats on husband. Husband finds out, wants divorce. She'll get half - but she wants sole custody.

All she has to do is call a DV helpline.

No evidence is required. He's presumed guilty. He's locked out, homeless, lost access to his own kids. He'll lose the court case. His life is over.

And then maybe he'll go nuts and kill the judge or his wife or himself - and then that will be used as evidence that all men are wicked and all women victims, and that more and more and more help is needed for these damsels in distress.

Yet whenever someone points out that if men are truly so terrible - WHY DON'T WOMEN LEAVE? - they will be shouted down as misogynists.

Think about it. In no other situation do oppressed people voluntarily stay with oppressors. "A woman needs a man like a fish needs a bicycle" is the fundamental principle of Feminism - something taught as fact to children in schools now.

So all these man-haters can leave. They don't need men, they claim? Prove it.

Maybe we can put them all in Tasmania, seal it off so they don't have to see any of us horrible rape-monsters, and they can live - and die - in their Femtopia.

And the rest of us can get on with the business of running a civilisation.