" men who go to Paradise Island are changed, and become sisters themselves" 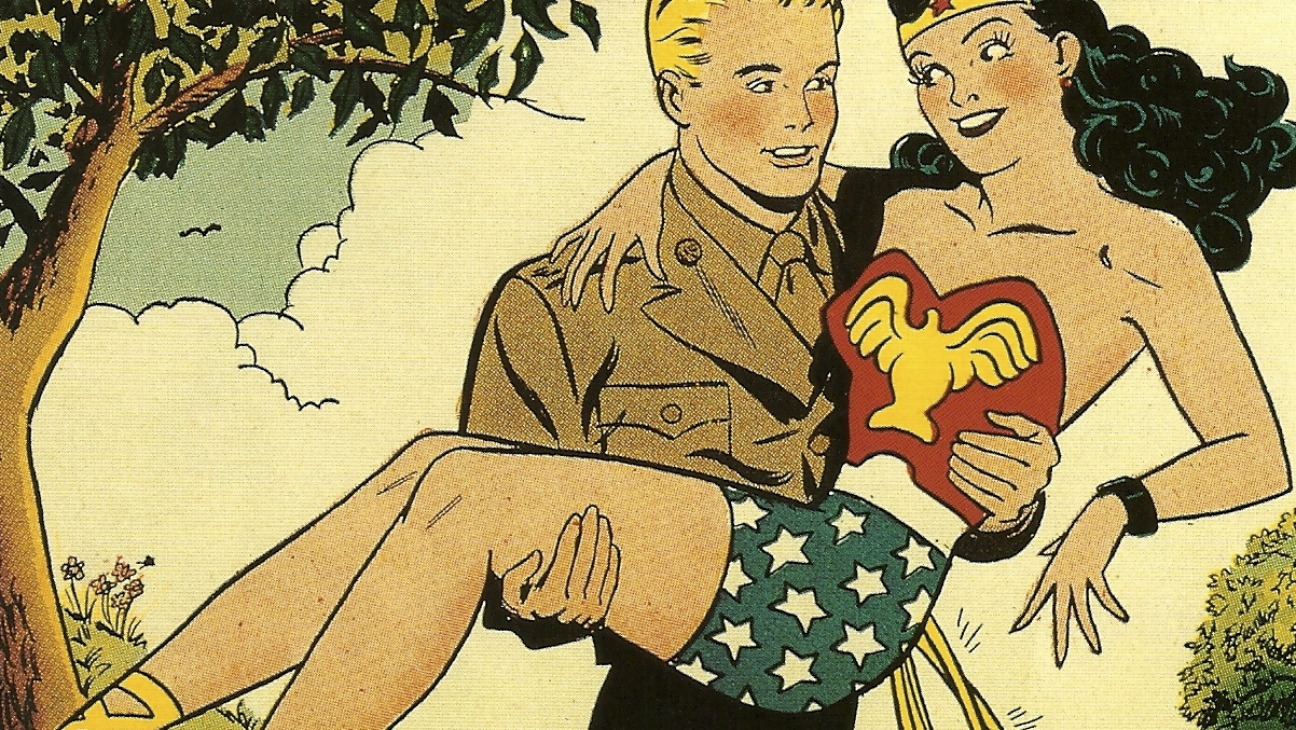 Rubbish. Steve Trevor was there, remained a man, and was not a submissive. WW liked him being dominant, at least most of the time.


She was certainly open to exploring being his subbie. Admittedly, it looks like he was being mind controlled or something here. 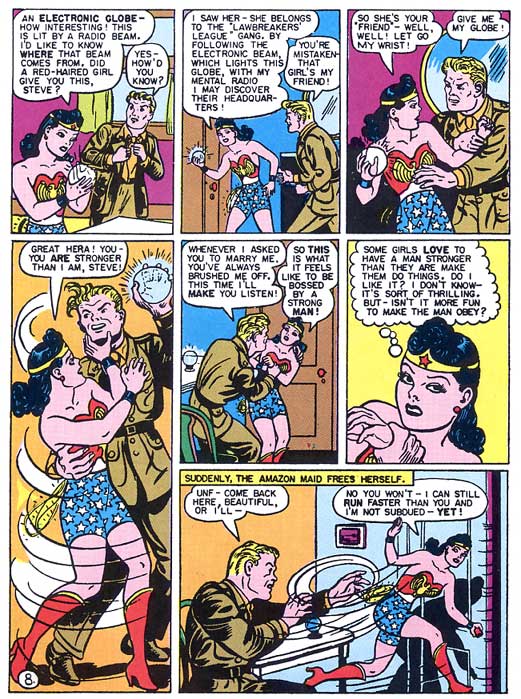 She respects him as an man, even if he is less powerful; just as a strong husband looks for the strengths of his wife. And she praises him without manipulation. 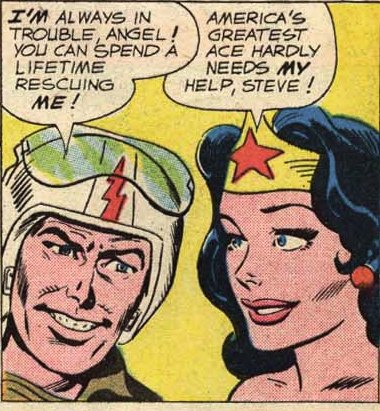 And isn't that what everyone wants?

To have a partner who builds you up, not rubs your face in the dirt? Contemporary WW is often abusive to men, in contrast. 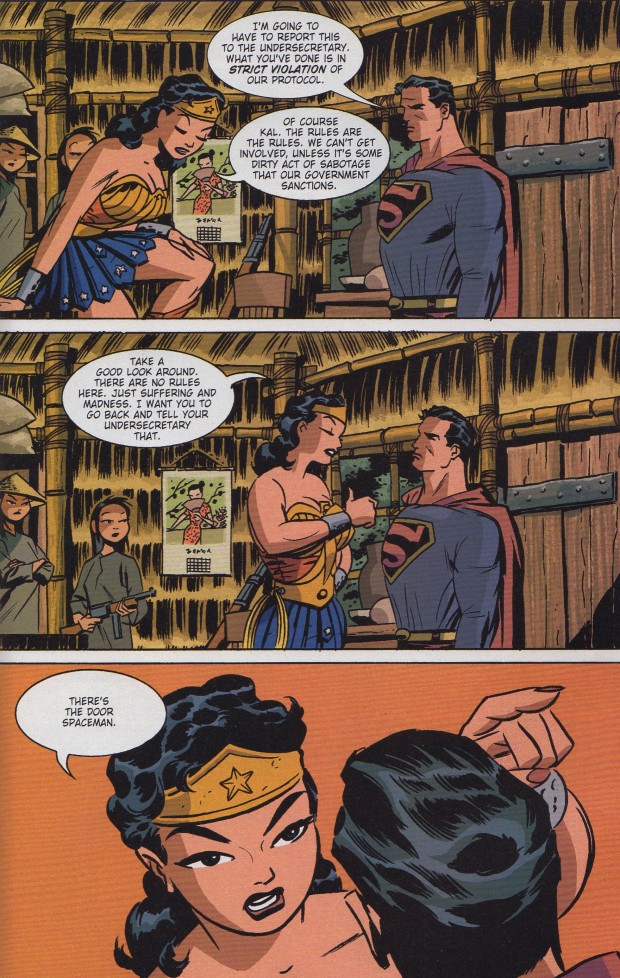 Wonder Woman not only hates men, but is a racist bitch as well - Superman may be an immigrant, but he has been naturalised, and has as much right to be there as she does - in fact, by taking sides in a conflict, and being the representative of a foreign nation (she's royalty), she's just taken an action that could lead to war.Modern WW justifies her extermination of her prisoners on the grounds they were accused of being rapists. I have to wonder if she would be so eager to slaughter female prisoners? 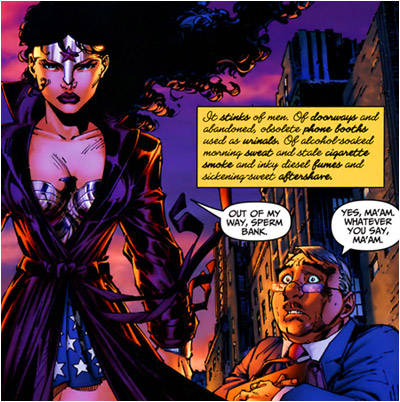 Frank Miller's parody of the modern WW is hilarious, but as anyone who has looked at the recent comics will attest - it's not wrong!


However: here's a Feminist perspective I do (mostly) agree with...