Is Feminism a cult?


"FEMINISM IS A CULT. ok no, it isn’t a cult. cult: “a system of religious veneration and devotion directed towards a particular figure or object.”"

noun: cult; plural noun: cults    a system of religious veneration and devotion directed toward a particular figure or object.

a relatively small group of people having religious beliefs or practices regarded by others as strange or sinister.

"a network of Satan-worshiping cults"

a misplaced or excessive admiration for a particular person or thing.
"a cult of personality surrounding the leaders"

synonyms: obsession with, fixation on, mania for, passion for, idolization of,

devotion to, worship of, veneration of

"the cult of eternal youth in Hollywood"

a person or thing that is popular or fashionable, especially among a particular section of society.


EVEN BY YOUR OWN CHOSEN DEFINITION, YOU FAIL. 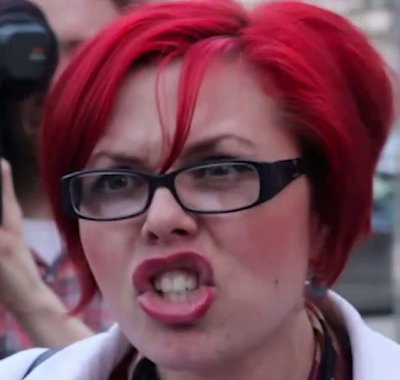 "I have no religious beliefs"

Prove it. Who invented Patriarchy Theory? Is it testable? Falsifiable? Was it treated critically by Feminists?

There’s been lots of cults which didn’t - you don’t know dick about history. Many of them regarded humans as scum. Some advocated celibacy as a way of ending human existence, and saw giving birth to children as damning them.

But Feminism certainly elevates women - always talking about how mundane acts empower them - and demonises men - taking the same act and seeing something sinister when a man does it.

A man and a women share a drink, and screw. The Feminist screams

Why? Because the woman couldn’t possibly consent - the evil man must be tricking her into the act.

This isn’t a hypothetical - Feminists have gotten this into College Laws, and snuck it into Australian Laws through back doors.

There’s nothing rational about this belief, but it is held to firmly, and dissenters are denounced as heretics and threatened with violence.

I see - so all the millions of Feminists running about are not ‘true’ Feminists? This reminds me of the many Christians I have met who have told me that all the other Christians are not true Christians.

Because those illusionary Feminists are the one you lot appoint to power. They run organisations like NOW, Ms Magazine, WEL, the Australian Human Rights Commission and so on and so forth. They are the ones speaking at the UN Conventions, they are the ones running political offices and speaking nightly on television.

You are surrounded by them and choose to be blind to them. Tell me again how you have no faith? 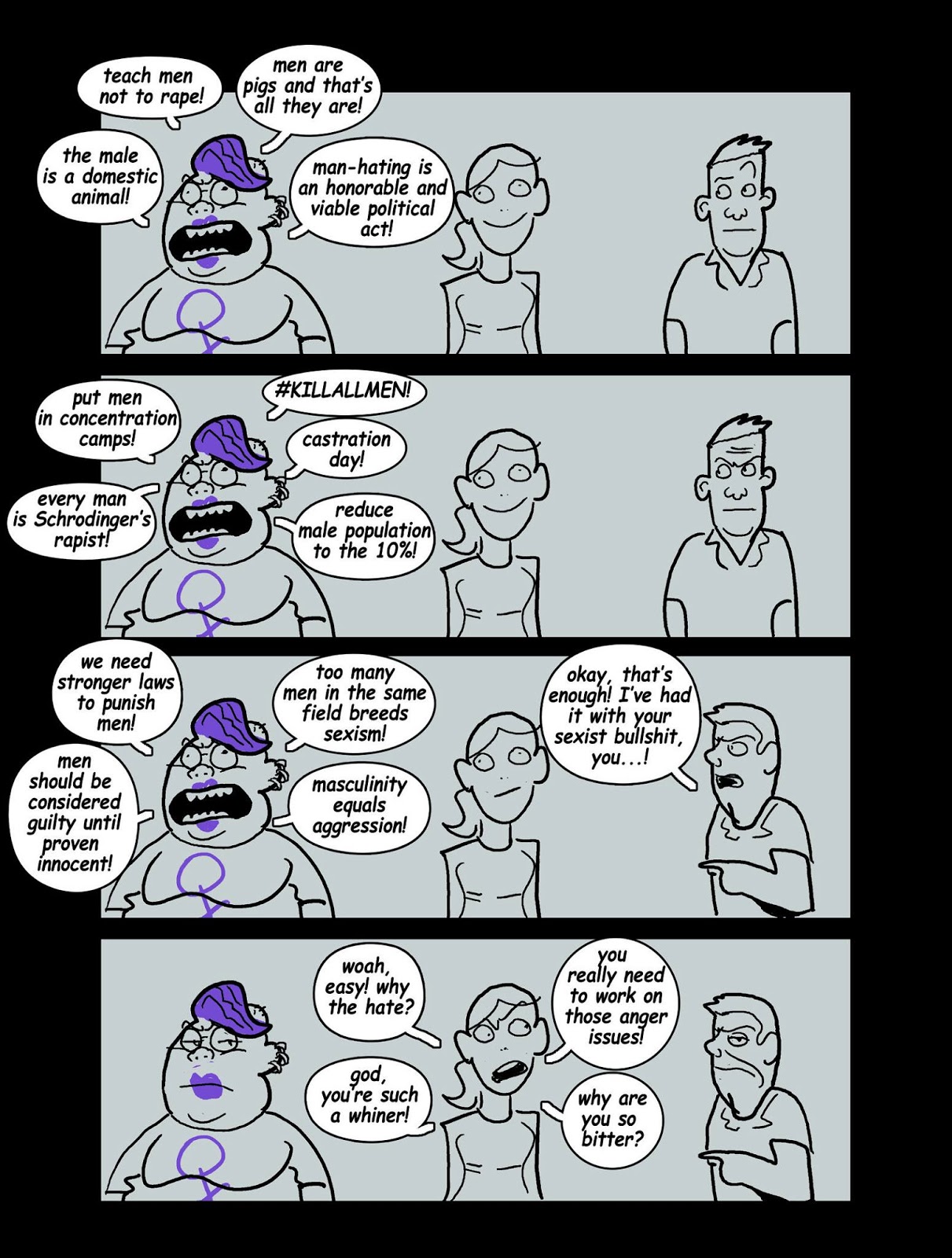 Feminists fight directly against equality -
in wages,
treatment by the law

even in recognising men as being human

You say anyone who opposes you, opposes equality?

So did others - they turned their country into a graveyard.

Email ThisBlogThis!Share to TwitterShare to FacebookShare to Pinterest
Labels: cult, feminism, feminism is a cult