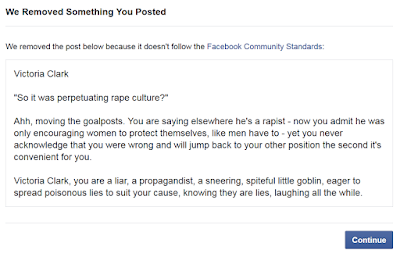 The context is Victoria Clark had accused someone of being a rapist. I kept pointing out she had no evidence to back her, she certainly wouldn't talk to the police - but she kept up the slander. 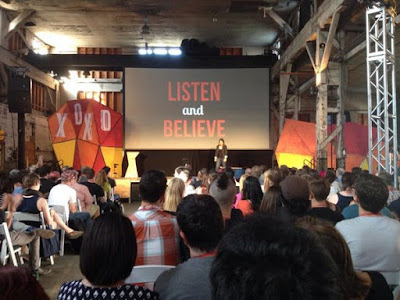 Then she decided he was guilty of perpetuating "rape culture", which was somehow the same thing, and I called her out for it and other lies.

And she reported it and FB closed it down - despite nothing here being broken.

The only thing I did was hurt her feelings, or at least so the claim goes, but

Oh yes, she was clearly devastated by my words. So she played the Damsel in Distress to Facebook, cried her crocodile tears, then afterwards boasts of not being affected at all.

It's a typical Feminist attack to claim to be so easily wounded the Princess of the pea story would go "girl, you gotta grow a thicker skin"! 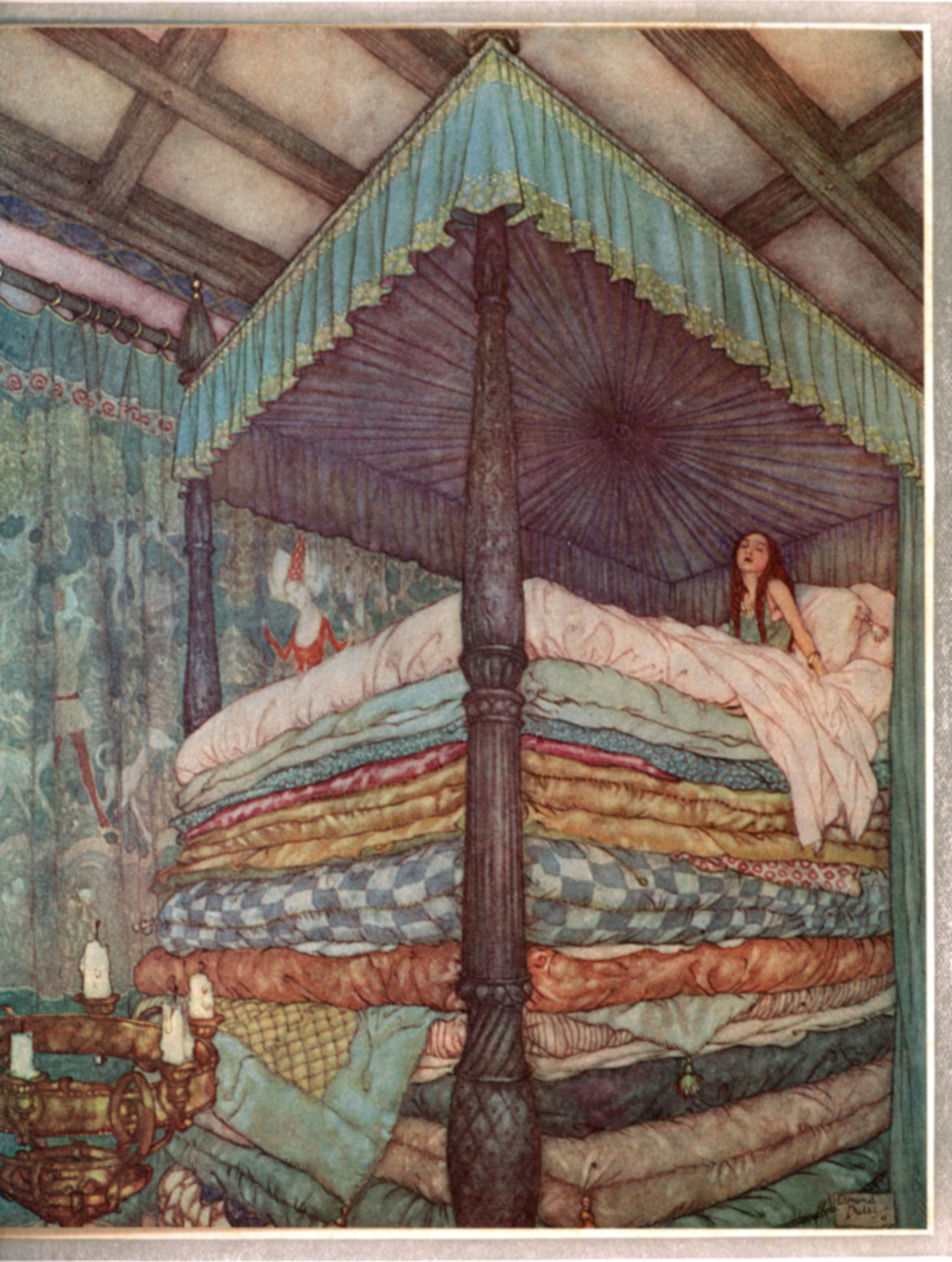 So why was the complaint successful?

Facebook, and social media generally, had pressure on it by Feminist groups to have watchdogs placed on it for harassment.

Who did they appoint as our moral guardians?

Talk about putting the fox in charge of the hen-house.

Of course, Feminists are a bunch of book-burning bastards, and they do love censorship and doublethink, and the idea of fairly treating such disputes according to the written rules is anathema.

So I wouldn't be surprised if my account is closed - despite never having broken any rule - by someone who clearly is breaking not just the rules but the laws.

Will Facebook become something where the unwritten rule is to placate Feminists? I can't see it lasting after that.