A new report shows that companies with gender-diverse boards performed 7% better than companies with male only boards. Juliet Bourke from Deloitte Australia joined us to discuss
Posted by ABC News 24 on Monday, 7 March 2016

Let's imagine we live in a universe where this is true.
How do you reconcile this with the claim by Feminists that it regards men and women as equals?
Here you are - evidence ...
(which I'd guess is manufactured by Feminists and is as reliable as the Protocols of the Elders of Zion)

(http://www.smh.com.au/federal-politics/political-news/top-companies-with-women-on-boards-perform-better-research-finds-20150422-1mqsm2.html
"The research, by the Centre for Gender Economics and Innovation and Infinitas Asset Management"

(Have a look at the composition of the advisory board of this Centre for Gender Economics - one token male vs 6 women advisers.)
Gender Economics?? Well that research'll be falsifiable, testable and peer reviewed no doubt... only kidding, it's Feminist! Logic is Patriarchy!

Can you imagine if any other group did that? If Catholic Economics came up with a report claiming boards with Catholics were superior? Or Scientology Economics did the equivalent?
Circular reasoning - feminists did research to prove feminism was correct, well, that's such a shocker)
evidence says that men are just plain subhuman. Given leadership of a company, they drive the performance down.
Well, clearly, making men do all the horrible tasks - that currently result in their deathrate at ten times what women experience - is good and just. In fact, it might well be argued that genocide would be a kindness - how else can you deal with these inherently inferior cockroaches?
Feminists hate men.
Feminists hate men, and part of that expression is to lie to their faces about it, but to do that hate every day, in every way that they can.
Feminists imagine a world where the top jobs are filled by them, and them alone, while men fill the graves, men scrape the sewers and fry up power poles, men bow and scrape before them fearful of accusations of "microaggressions" like man-breathing.
And the ABC? Does it represent the people? Of course not. It represents Feminists. Every day, it will present their PoV as truth. It's a propaganda outlet for a hate movement. It takes the money of men, claims to exist to serve men - then undermines them at every opportunity. 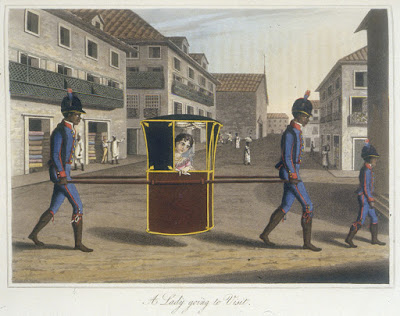 So I'm looking at you ABC, and wondering - why the hell don't you put your money where your mouth is, and sack all those male-scum men, and show us how much better you are with only your Übermensch  - Feminist women - running the show?
Posted by Brett Caton at 18:01