“I care about the problems of men”?

“I care about the problems of men” she spat, before singing “Cry me a river” at the news she had sabotaged a conference on male suicide.

Fire alarm pulling is hard work - how many times would she have to do it before the man-babies shut up and learnt their place?


“ I care that the patriarchy tells men that they have to be stoic beasts” she laughed, sipping from her male tears mug. It was hilarious that she could convince the subhuman manbeasts that the pain they felt was their fault.

She hoped that the suicide rate would climb - with male education being destroyed, she couldn’t see how it could do otherwise. Heck, boys were being taught they were scum at school - the future was looking bright!

Maybe it was time to take another holiday? She could threaten to accuse a man of rape if he didn’t pay up - thanks to Listen and Believe, he had no chance if he tried to take it to court.

What was it Mary P. Koss  had said?

“Although consideration of male victims  is within the scope of the legal statutes, it is important to restrict the term rape to instances where male victims were penetrated by offenders.

It is inappropriate to consider as a rape victim a man who engages in unwanted sexual intercourse with a woman."


p. 206  Detecting the Scope of Rape : A Review of Prevalence Research Methods”


She looked at the photo - she looked so happy! Maybe she had just finished a little not-rape herself?

A Feminist had said that, she was sure of it. It taught them to appreciate how terrible it was that women were raped at all. It was practically an act of charity! 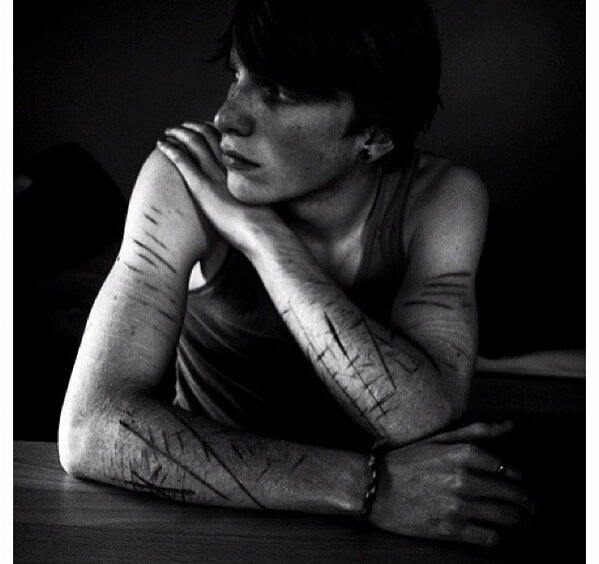 Male 'victim'. She pondered the letters but couldn't make them form words. It might as well have been Egyptian for all she knew. Men who were not-raped could only benefit from the experience.

She'd heard Feminists were trying to abolish jail for the Sisterhood altogether... maybe she could take them up on that, if the suicide rate wasn't climbing fast enough. Cull a few male-scum herself? (*slurrrp*) “ I care that the patriarchy tells men that they are lust-filled monsters” she typed, giggling, wondering if anyone would believe her words.

She had helped put in place that said that if a man and a woman shared a drink and a screw, the man had automatically raped the woman.

Legally, only the man was able to be responsible - as a lust filled monster.


“ I care that the patriarchy tells men that they cannot be raped” she exclaimed, rubbing herself to thoughts of Mary P. Koss.

Mary P. Koss - the Feminist who kept women from being charged with rape in the USA, oh! and to the thought of the feminists of India and of Israel, who made sure that even if a woman raped her son or daughter, it wouldn’t be treated as rape. 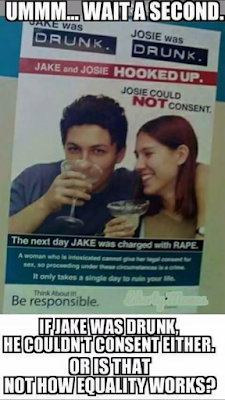 Hmm. Can’t be charged with raping a little girl - she did rather like that book by Lena Dunham.

My mother didn’t bother asking why I had opened Grace’s vagina. This was within the spectrum of things I did.

Maybe she could visit India with her little sister?

" the patriarchy believes women are too weak and inferior to be dangerous” she squealed, as she banned the accounts of the men’s rights activists campaigning for the equal treatment of female criminals.

That antifeminist thought had to go - Helen Grant, prominent Feminist and MP, had made sure women would never be treated like mere malescum again.

“Feminists did not do this to you, other men did” Nazis did did not do this to you, other Jews did?

A kapo or prisoner functionary (German: Funktionshäftling, see § Etymology) was a prisoner in a Nazi concentration camp who was assigned by the SS guards to supervise forced labor or carry out administrative tasks in the camp.

The system was designed to turn victim against victim, as the prisoner functionaries were pitted against their fellow prisoners in order to maintain the favor of their SS guards.