What is (current) Feminism? 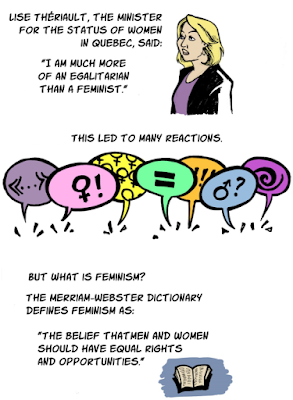 Instead, the tactic used is circular reasoning - Feminists define Feminism in this way, therefore Feminism IS this way. 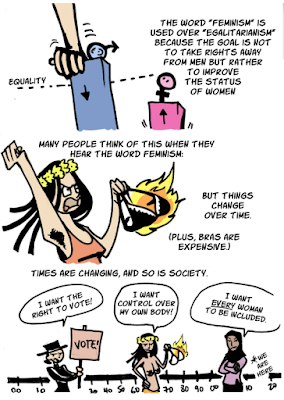 The fact that egalitarianism existed long before Feminism never bothers Feminists, who are much more concerned with attacking a potential rival than they are with truth.

The goal is not to take rights away from men? Citation needed! Because telling men that they may no longer use the same quality of public transport as women sounds like fucking taking my rights away to me.

In fact, it sounds like the sort of shit that civil rights campaigners fought against.

In the past, a black man would be forced to sit in the back seats while a white woman got the front.

Under Feminism - HE WON'T EVEN BE ALLOWED ON THE FUCKING BUS.

As for the vote - that had nothing to do with Feminism, unless you say Feminists have time travel.

Men and women COULD NOT VOTE until roughly the same time - in fact the violent suffragettes so admired by current feminism DELAYED suffrage in those countries.

In others, like Tasmania, there was almost no difference.(source) - the major factor being that WW1 meant that conscription was launched - and the justification used was if you have a cote, the price you pay is having to defend the society that gave you the vote - a price Feminists still refuse to pay.

Feminists want to retcon history so that the evil men had everything and women had nothing.

As for the hijab - it's funny how Feminists fought against it as a symbol of oppression and are now fighting for it as a part of embracing Islamism. 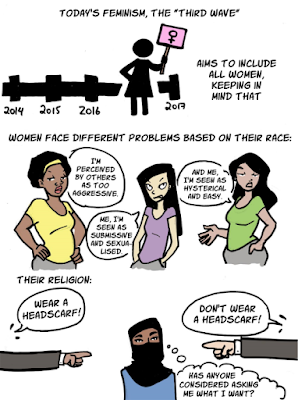 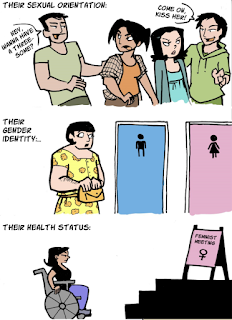 And here we have a typical example of Feminist dogma and parochialism.

Who says that the Third Wave aims to include all women? Was there a Central Committee meeting? Did the Feminist Pope issue and edict?

Nope. The author made it up because it sounded good, and so must be true. That's all Feminists want. They hate objectivity.

As for the incredibly minor problems some people of the United States suffer - who gives a shit?
Seriously, you were talking about Feminist ideology a second agao - that's global. Suddenly you want to whine about a stereotype of asian american women.

Meanwhile, young boys are burnt alive by Boko Haram, and gay men tossed out of buildings by ISIS.

Well, I can see why Feminists don't want egalitarianism to be popular - who the hell will care about the pea under their seven mattresses if they can hear the screaming of the little boys in the flames?

What do Feminists complain about? Men propositioning them - oh no! Yes, the horror of men finding them attractive is more important than gay men being tossed out of buildings. How awful.

Heterosexuality is wicked; Homosexuality - well, of the female variety - is sacred.

And disability has nothing to do with Feminism - it's not Feminists who are solving those problems! Feminists HATE actually solving problems themselves. They leave that to the malescum!


I looked at the rest but it seems to be the same victim narrative repeated ad infinitum.

Feminism is a cancer upon the collective human body. It wants to destroy science, by denying the existence of objective truth, by removing males from education, and by teaching women to blame every ill upon men rather than trying to improve the world.

And it's time is ticking.

Either it succeeds in destroying the West in it's quest to destroy masculinity - and so fall to the Islamists...


or it fails, and becomes as absurd as Communism, embraced only by young fools before they venture out into the real world.

We have had enough, Feminists.

Time for you to