Women are oppressed by being made to wear clothes at work? 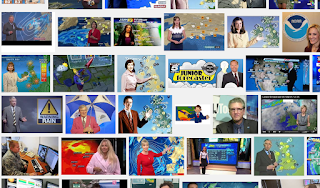 
“ It was kind of unprofessional for them to do that on air. “

It could have been a stunt, to draw attention. If so, it worked. To me, it smacks of theatre, but American TV news seems very ‘jokey’ and silly compared to what I am used to.

The dress is distracting, and it looks like she’s popped in after a few drinks at a nightclub to do a short gig on TV. It’s probably causing technical problems due to compression etc. as well.

This is what happens when you don’t wear the right clothes for the job.

Outfits like this work well with the technology, aren’t distracting, and are still a heck of lot more comfortable than what men have to wear.


Have a look at the men. They are almost always dressed in formal winter clothes - suit and tie.

The women are dressed casually about 50% of the time. That’s pretty normal for offices.


Feminists look at that and see only the women, and think “how oppressed these women are, who have to wear a jacket, when man-beasts are allowed to run around naked in their fur!”

Feminists doesn’t seem to know what the fuck men actually look like.

I really have to wonder at the double standards tho’ - if women wear stuff like this for that role, then they are being ‘sexualised’.

So there’s some arbitrary amount of sexuality women are allowed to exhibit according to Feminism (the amount they aren’t threatened by) - and of course, men have to be completely emasculated to be acceptable.