"If equality means treating women as badly as men, I want no part of it" 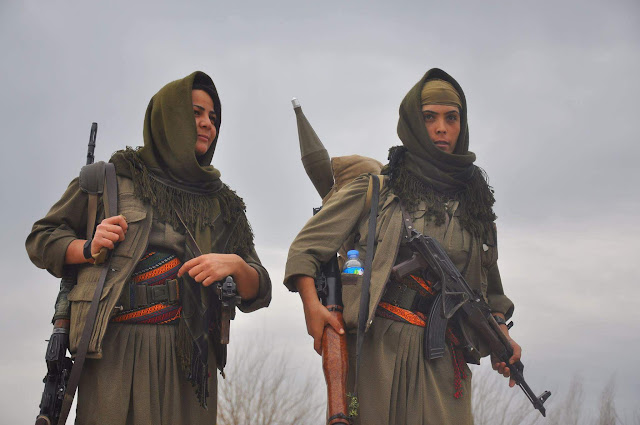 
"If equality means sending my daughters to war, I want no part of it"

You want no part of equality? Strangely enough, neither do most of your enemies. The weird thing is, some of those - also - draft women for war.

So I'm not sure how you are going to impose this weird female supremacism since undermining America will only likely lead to you being in one of those systems instead.

"Though our nation hasn't had a draft since the 1970s, selective service registration remains a reality for young men. I admit that, as a mom to two young girls, the draft is not something I have ever given much thought to."


So you didn't care about equality until it turned out equality meant your daughters could die like your sons would.

That's called Selective Sociopathy. You have lost the ability to feel empathy for men.

Half of your soul has died.


"But here’s the thing about equality: Men and women are not equal."


Then equality is a foolish goal, and Feminism should give up.


You think war is an opportunity? Do you not hear your own words? This is about obligations.

We men are obliged to defend our country. Why aren't you women?

Are you saying you are too weak to pick up a gun? It's funny that women in other countries manage it.

Oh, is it just feminist women who are too feeble?

Then if they are too pathetic for that job,
then banning them from other physical work
becomes completely reasonable. You can't have it both ways.

But here's the thing: weak men get drafted.

And a lot of combat has no physical component now. Drones, for example. Or mine clearing.

Tell me why women cannot clear mines? That only men's lives should be sacrificed?

Because that's what it's really about, to Feminists.
#HeForShe.

Men should die so women don't have to.

You see women's lives as more valuable than men's.

You hate equality, and love supremacy.

@FemalesLikeUs You think women will be safe at home during WW3? I admire your optimism! #FeminismIsCancer
— brett caton (@bcaton2) June 16, 2016

I found this discussion of the Feminist response to possible gender neutral conscription in Tumblr. The screenshots are very revealing of what Feminists really think of equality.


Also, if you need further evidence that this is a mainstream Feminist position, see:
We Already Draft Women In Times Of War, which argues that women should be protected from dangers and kept safe inside because their wombs make them too precious to risk - ironically, the same argument that Islamists use, and that used to be condemned... by Feminists.


a) where the hell is the safety in keeping them at home, when bombs, missiles, and bullets cut down civilians routinely in any big war, and the only reason they aren't killing Americans is there's been no big wars since WW2, and Vietnam - the last war of conscription - was a demonstration of the failure of conscription for anything less than a big war

b) this would only protect women with viable wombs anyway - who, if conscription applies, would be forced to reproduce, which is something not even the Nazis did - conscription forces men to fight and die, after all; force, not choice, is the whole point of it

c) Realistically, if the war is so terrible that unforced human reproduction wouldn't replace the numbers, then you are fucked anyway because some other party will waltz in and take over - humans take decades to reproduce, and it takes hours or days to land troops - the author has no fucking idea how militaries work!


"Female emperors ruled over the many dynasties of the Persian Empire. Many ancient Persian cities and states were ruled by women and had their army totally under control of female commanders.


Women in Persia were very honored and revered; they often had important positions in the Courthouse, Ministries, Military, State and Treasury Department, and other official administrations. Women were treated like Goddesses esteemed as mothers of creation before the barbaric invasion upon Persia. " (source)


I haven't seen confirmation of these claims outside Feminist websites. Feel free to cite sources to the contrary in the comments.

If this is true... how the Hell can it be reconciled with the Feminist dogma that Patriarchy was oppressing women for all time in all places? That Feminism was needed to save women?


Why were Feminists opposed to the ERA? Conscription!

Feminist professor ties to weasel her way out of the draft.
Posted by Brett Caton at 16:28