Why are people turning far right? It's such a mystery!

Feminist: Oh! Such diversity these brown people have, how quaint!

Feminist: You can’t say that, that’s racist! You only say that because he is brown!

Commoner: He’s whiter than I am! He just called for your death, did you not hear that?

Feminist: (*dons hijab*) Don’t know what you’re talking about. Anyway, I think talking the way you do is hatecrime!

Commoner: What? So… he just called for people to murder us!

Commoner: …. he just called for people to murder me, and you say me speaking against that is hatecrime?

Politician: Gee, Feminism is really popular - what can I do to win votes from Feminists?

Politician: (*loudly*) BOY, IT IS QUIET AROUND HERE, I ONLY WISH I KNEW WHAT FEMINISTS WANTED…

Feminist: Can you make what he said hatecrime and we will piss on your opponent collectively?

Politician: The people have spoken! Hatecrime is now a crime! Better not hatecrime, you commoner, you!

Feminist: No, it’s ok to blaspheme against Christians, ‘cause Jesus is white.

Politician: Oh, right, better write that one down…

Muslim: Wow. I wasn’t arrested. What can I do to strike fear in the name of Allah?

Left Wing Politician: Not I! Nothing to see here!

Muslim: What about this knife?

Conservative Politician: I hear nothing! Nothingggg!

Muslim: What about this truck?

Antifa: I want to bash people who speak up against the noble Muslim!

Muslim: I wonder if children will count extra?

Commoner: I’m desperate! I’ll support anyone who will save me!


Other politicians: OMG! He went Far Right! Who could have seen that happening! Clearly this is the fault of someone else!

BBC: GamerGate struck again today, when a commoner started supporting a Far Right ideology. Meanwhile, in unrelated news, someone killed a few people and we’ll never know why, probably white males did it.

Feminist: Sorry, sir!
Posted by Brett Caton at 13:17 No comments:

Our Watch - Feminist DV, campaigning for sexism in the treatment of Domestic Violence 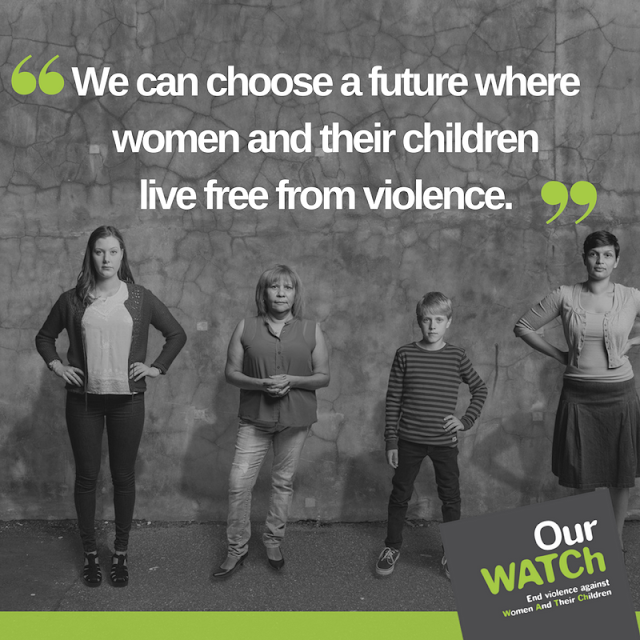 
Don't women have the right to feel safe, respected and treated as equals? By working together, we CAN achieve an Australia free from violence.

Recorded my reply here as they are censoring the dissenting posts.

"women have the right to feel safe, respected and treated as equals?"

If they were being treated as equals, that would mean being AS safe, respected etc as men are - which is a step DOWN for them.


But if you think women should be subjected to the same violence as men, well, i think that's terrible, but you can always set up your own country.

After all, lesbian DV rates are higher than straight.

And to make it more equal, give the women the same number of DV shelters men have.

And when they need help but have kids?

And lose their kids.

By the way, good think you showed the boy as being quite young, because older boys are banned from shelters too. Such Equality!

Let's see older girls be treated like that, I'm sure it'll be a great success!
Posted by Brett Caton at 22:21 No comments:

From https://hawkeyedflame.tumblr.com/post/158526105098/tomlintrouble-pro-kink-russel, copied so that I can find the damn links when I need them.

FUNCTIONS OF THE FORESKIN:

Reasons not to circumcise:

Email ThisBlogThis!Share to TwitterShare to FacebookShare to Pinterest
Labels: circumcision

Beer to be 'purged' by the New Puritans

So feminists complained that a woman was dressing too sexily and demanded she cover up and wear hijab, the slut.

The company caved under the pressure and started printing beers with the slogan “The Future Is Female.”

This is a reference to the genocidal fantasies of Alix Dobkin and her group of fanatical lesbian separatists, who hoped to exterminate all men and boys.

Because that’s the sort of message you want printed on a beer, amiright?

All About Beer Magazine vowed that it would not feature beers that are sexist, offensive or otherwise “fall into poor taste.”

So what is poor taste?

Because it makes feminists feel inferior, and they are in the elite power structures of society.

They constantly claim to be oppressed, and yet have the least of their insecurities catered to. They demand prettier women be removed like the crazed Queen from Snow White, and demand women be made to cover up their bodies, whilst walking around in far less for their slut walks.

So what is the difference?

Men like to look at the sexy women, and feminists hate male sexuality.

If a man is happy, he must be corrected.George Orwell said:

“ If you want a vision of the future, imagine a boot stamping on a human face - forever.”
“The Future is Female”, drools the Feminist, imagining that boot to be hers.

Unwanted child is no grounds to sue mum for lying about taking the pill?

Sex is about consent. If two people have sex, they must trust each other.

What would have happened if a man lied about contraception?

Feminist say that that is rape. Feminists have changed laws in some places to make that rape.

Yet I consistently see Feminists defending this decision.

He was the responsible party, not her.

He should have worn a condom.

Even though women can sabotage condoms or use them to get pregnant anyway, sometimes a long time afterwards.


The ‘theft’ itself was alarmingly easy to carry out. One night, after sex, I took the used condom and, in the privacy of the bathroom, I did what I had to do. Bingo.

Men deceived into fatherhood are struggling to rescue their reproductive rights from the whim of women. Bettina Arndt reports.

Women have even tried, and presumably sometimes succeeded, to get pregnant when no penetration has occurred.

So where is the Feminist outrage at the double standard?

An appeals court said a man can press a claim for emotional distress after learning a former lover had used his sperm to have a baby. But he can’t claim theft, the ruling said, because the sperm were hers to keep.

I am very much reminded of the case of Julian Assange, who was alleged to have also lied about a condom.

That warranted a gigantic police operation, even though "the two Swedish women who accuse WikiLeaks founder Julian Assange of sexual misconduct were at first not seeking to bring charges against him"

https://community.babycenter.com/post/a52628875/pregnant_from_sperm_retrieved_from_a_condom
Posted by Brett Caton at 23:59 No comments:

A reply to Philip DeFranco

So what did Emma say that makes her seem hypocritical?


I find this whole thing about being 18 and everyone expecting me to be this object..I find the whole concept of being 'sexy' embarrassing and confusing.

Personally, I don't actually think it's even that sexy. What's sexy about saying, 'I'm here with my boobs out and a short skirt...have a look at everything I've got'? My idea of sexy is that less is more. The less you reveal the more people can wonder.

Emma Watson, making it clear that Beyonce's body is not her choice; Feminists will sanctimoniously decide for women what they may do - they are the new puritans, but an especially hypocritical variety.

The trouble is, "Classical Feminism" never existed - what you are describing is egalitarianism.

When Dworkin et al took over the teaching of Feminism at universities, and shaped the leadership of Feminism, then they determined how the movement was defined. It's exactly the same as Communism.

Young Communists will often argue that Lenin, Stalin, Mao etc etc are all irrelevant, because the bulk of communists were really, really nice. But they didn't oppose the authoritarian policies, and as we see in America, are very content with opposing liberal ideals such as Free Speech.

Feminists, as a group, campaign against businesses such as newspapers and Hooters, that use female sexuality - they call it objectification. But the businesses do not force women to work for them. Is it not "their body, their choice"?

And you can say "oh, they are just the radicals", but where are all the nice feminists protecting those women's choices? When feminists jump onto runways to attack models because they feel modelling is objectification, there's no condemnation of it by Feminist leaders.


One of the things that surprised me when I learnt Modern History was that most Nazis were nice. They had no idea they were bad people, they didn't do violence themselves, they were good folks... but they didn't oppose the ones who were doing the horrors, because their leadership said things that made them feel good.

It's the same with Feminism. Feminists don't oppose organisations like NOW, they don't speak up when #HeForShe says that men must learn to serve women, they just want their feelgood fix and if that hurts men and women ... so be it.﻿

The "No More Page 3" Campaign. https://archive.is/PiSkf

Feminists are body-shaming ME', claims model who was savaged
after starring in 'Are You Beach Body Ready?' ad

'That b**** ruined my walk!': Model explains why she PUNCHED topless feminist protester who stormed Paris Fashion Week

Feminists point out that no, feminism is not about choice

Excerpt from Battle of the boobs:

"The No More Page 3 campaign called for the banning of boobs from the pages of tabloid newspapers like the Sun, because, it claimed, pictures of topless women have no place in print media.

Feminists can’t seem to make up their minds: are women publicly baring their boobs good feminists, or bad women?"