Why was Ayaan Hirsi Ali unable to speak in Australia? 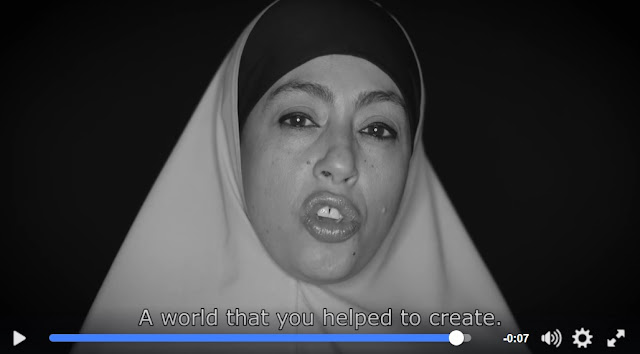 A response to the hitpiece against Ayaan Hirsi Ali


You have nothing but your own faeces to throw at her. You make up a term - "Islamophobia" - to hide the reasoned opposition - a 'phobia' that doesn't exist for any other faith.
Why is there no "atheistophobia"? "Christianophobia"?
Because other belief systems can tolerate dissent. They do not see unbelievers as apostates, to be imprisoned for life, or murdered outright.
Only one religion does that.
And only one religion is protected in the secular West. Why is that? You can go to a fundamentalist Christian, and demand they write "Jesus sucks c***s!" on a cake, and sue them to the ground if they refuse, and the leftists applaud - but they never try that trick with fundamentalist Muslims, because they know how bloody they become at the least provocation.
And many, many Muslims are fundamentalist; about 30% from recent polls, demand Sharia in the EU.
In Australia, students and their parents threatened beheading if Sharia was not obeyed, at Punchbowl High School. Nothing happened - there were no consequences.
They were protected.
By the 'Islamophobia' doctrine.
In Canberra, it is now a serious crime to even mock an Islamic belief. Why is Islam protected?
The 'Islamophobia' doctrine.
And the new blasphemy laws will silence all dissent throughout Australia, so that we must bow and scrape before your idols.
Why?
You know why.
And that is why we fight you, and will keep fighting you, until one of us dies.
We fight for freedom. You fight for death.
Let's see who will win!

The women marked for death by Islamic fatwa face threats with fear, courage

Dutch Filmmaker, an Islam Critic and friend of Ayaan, murdered by Muslims - threats to her as well

Ayaan Hirsi Ali: My life under a fatwa


This week in Australia:
*Islamists declare ex-Muslims must die
*a famous ex-Muslim toured

Criticism of Islam (and Feminism) to be outlawed?

"Nothing demeans and dehumanizes women more than islamic law. Beware of its advocates disguised as feminists."

NETHERLANDS: Kids are brought to a local mosque and taught how to pray like a Muslim. Indoctrination at its finest. pic.twitter.com/MV2kwcNJqz
— Based Vet 🇺🇸 (@BasedVet) April 3, 2017

Ayaan Hirsi Ali and the death of free speech in Australia